This is the season to write about summer wines. You have to dig up something fresh and light and go on about how well it would go with a garden party or that fresh, light food we all enjoy under the blazing heat. It will either be a light white wine or a rosé that even those who dislike rosé will enjoy as it goes so well with summer. I am having none of that, and for two reasons. First of all there is no summer in London - as I am writing this post the wettest June in history is behind us and water is pouring down outside Wine Rambler London HQ into a wet and cold July. 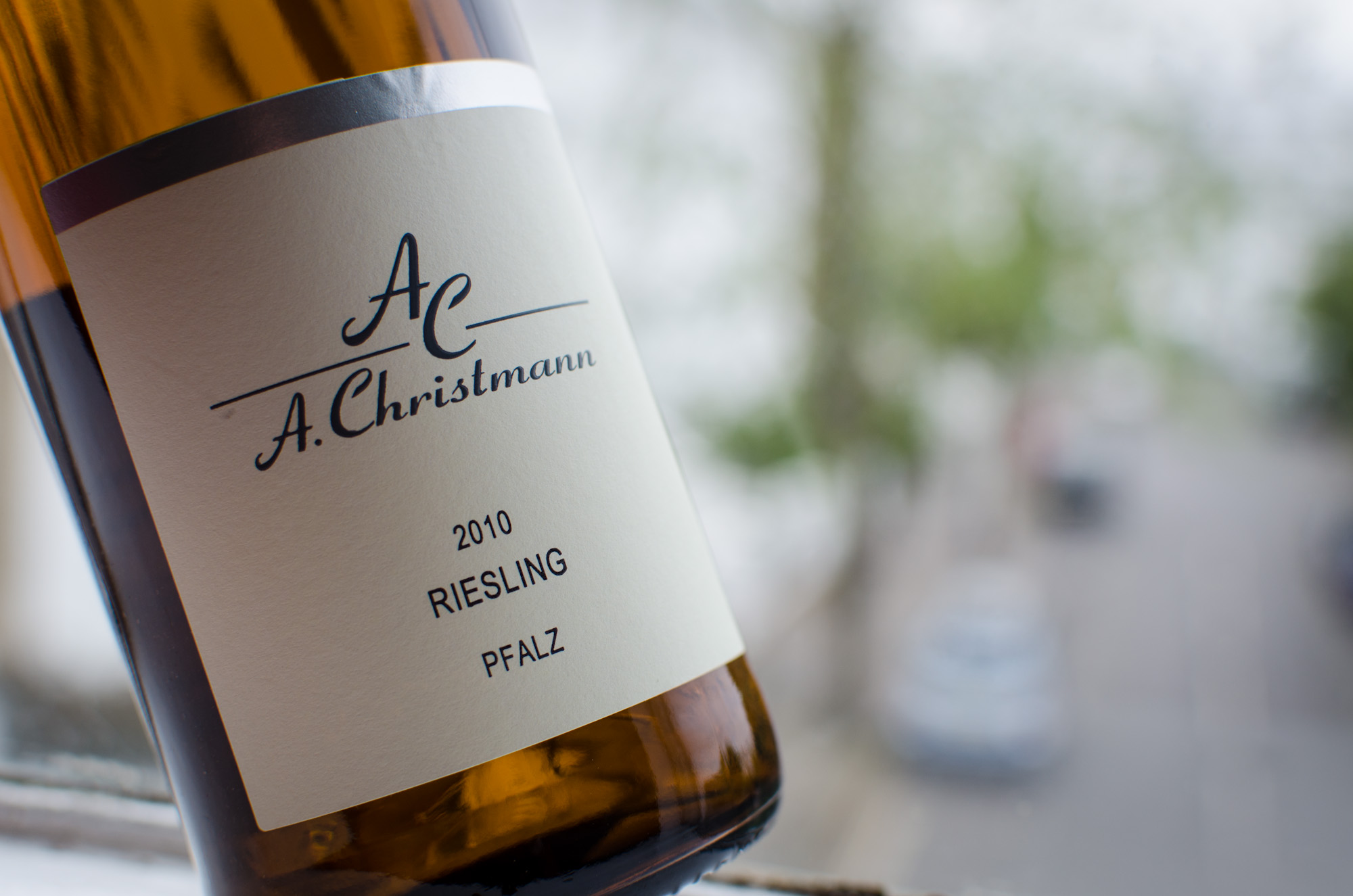 More importantly perhaps the category "summer wine" would be unfair to a wine that is much more than just an accessory to the hot season. IF there was such a thing as a hot season in London of course.

Other than many of my British acquaintances, I don't often complain about the weather in London as I usually like it. Today though it has thrown a spanner in the works of the carefully planned Wine Rambler schedule. Expecting autumn to make its appearance, I had opened a Pinot Noir (Spätburgunder) the other day but now England is hotter and sunnier than it has been all summer - and here I am reviewing a wine that most people would rather associate with autumn. Having said that, a good Pinot should always be a great companion, so I hope you can forgive me for appearing unseasonal. 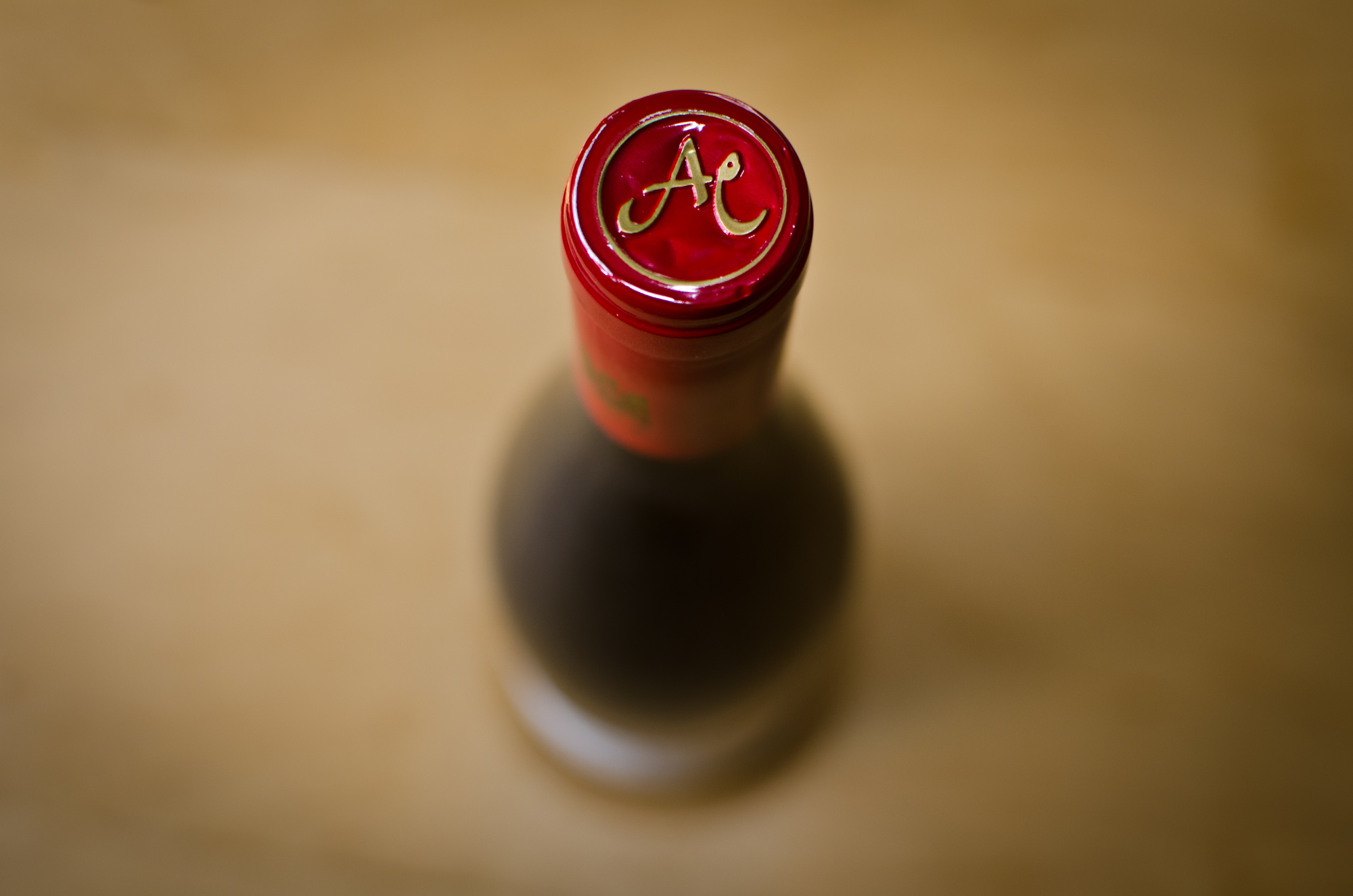 The Pinot in question comes from a highly respected producer in the Pfalz. On about 20ha, Steffen Christmann grows Riesling, Pinot Noir and a range of other grapes including Pinot Blanc/Gris and Gewürztraminer. Christmann is not only lucky to own parts of several very well known vineyards (such as the Ölberg), he also happens to be head of VDP, the leading German association of premier estates.

The more Pinot Blanc I drink, the more I appreciate this grape variety. While you will find Pinot Blanc in France and, known as Pinot Bianco, in Italy, Germany is the country that grows more of it than any other: Weißburgunder, as it is known here. The Weißburgunder I am reporting about today was grown in the Pfalz, near the village of Gimmeldingen where the Christmann winery is based. The estate has been owned by the Christmann family for seven generations. It is headed by Steffen Christmann, who also happens to be head of the 'Prädikat Wine Estates', Germany's club of premier estates. In 2004, Christmann changed to organic production and recently even to biodynamic methods. I could not say whether this is the reason for a consistently high quality, but Christmann is certainly doing something right. Now let's have a look at this Pinot Blanc, shall we? 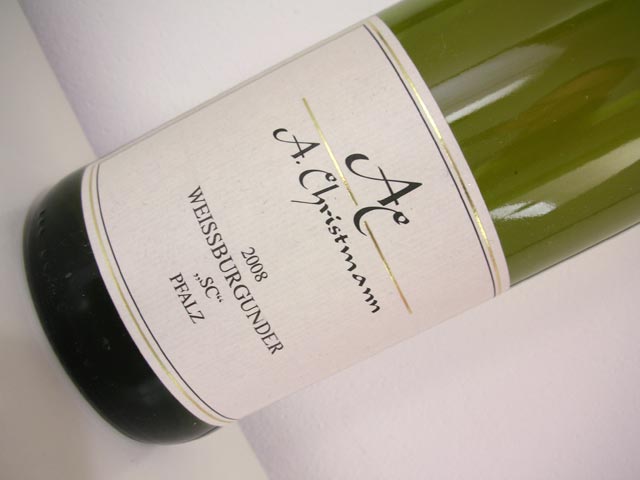 A nose of mineral, citrusy acidity and tobacco welcome you when you pour this Riesling from the Palatinate into a glass. Add some herbs and peach and you get a really pleasant nose that is fresh, crisp and light at the same time. The Riesling is quite similar on your tongue too, light and fresh with notable acidity and some slightly bitter vegetable elements that are a nice balance to the juiciness and, yes!, the tobacco. This organic wine seems quite light at first, but can also show some teeth. Enjoyable and fresh, with quite interesting tobacco notes, the Christmann wine is a pleasant companion, but also not quite a revelation - with a little more substance it could have been though. A decent showing for the price.