A list of all wines reviewed on the Wine Rambler with 13% alcohol by volume.

Not everyone may agree with the National Health Service's classification of nosebleeds as potentially 'frightening', but even tougher characters don't seem to consider them fun. Looking back at one or two childhood nosebleed experiences I am inclined to take sides with the NHS here - and yet a Riesling tasting like a nosebleed was probably the most interesting wine I encountered this year. Enter Müller-Catoir's 2009 Grand Cru Riesling "Breumel in den Mauern". 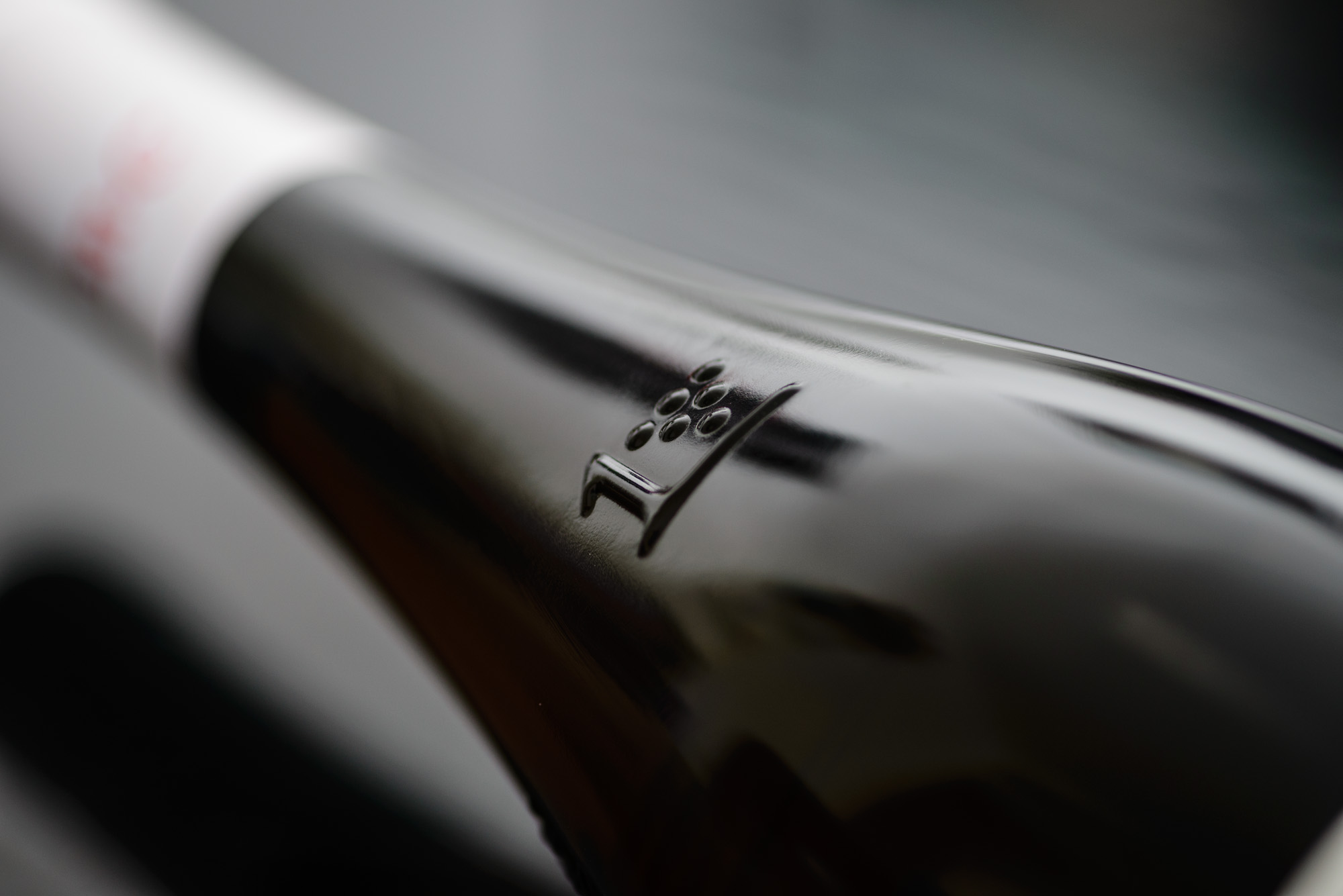 As you can see from the photo above there is a prominent "1" on the bottle, indicating that this wine comes from one of the most highly rated vineyards in Germany (at least according to the winemakers association VDP). Together with the designation as "Großes Gewächs" (great growth or grand cru) this is designed to inspire some awe - which is, one would hope, at least subtly different from nosebleed fright.

Ever heard of Dunkelfelder? If not don't be alarmed - if I wasn't such a German wine nerd I probably had not heard of it either. It is a rare grape variety that doesn't have the best reputation, but it does have one of the coolest alternative names in wine classification: "Froelich V 4-4". Well, if you like to name your grapes after super weapons perhaps. Leaving unusual names aside, Dunkelfelder is one of the varieties that went into the 2005 vintage of "Pur Pur", and so eventually into my wine glass. 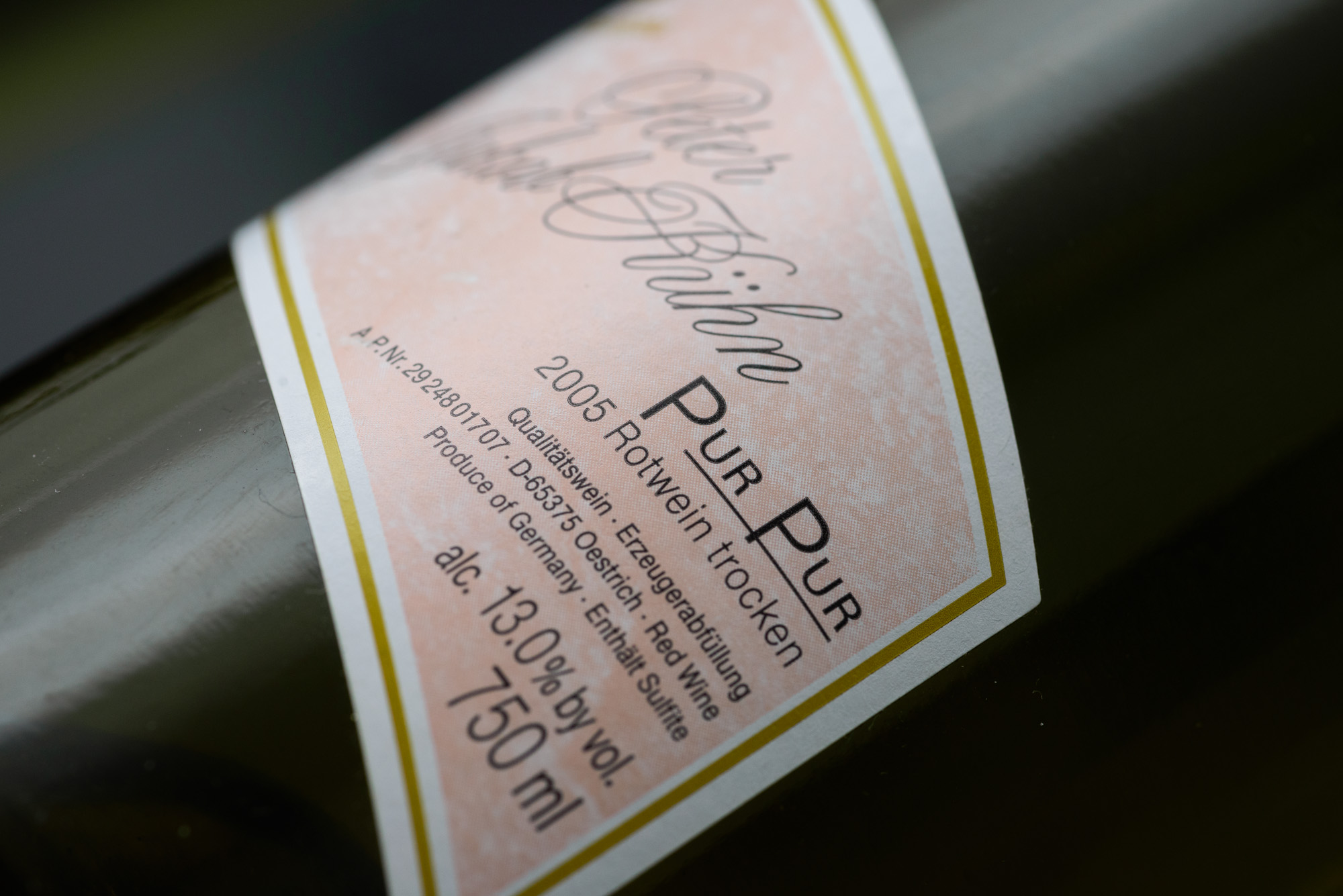 Is the Dunkelfelder wine a secret weapon or yet another of these German oddities we sometimes write about?

After my recent (and completely unsubstantiated, I hasten to add, your honour) comments about dullness of the average Pinot Grigio I felt a reminder was due about how exciting Italian wine can be. This is probably less a reminder to you, gentle reader, than it is to myself and my co-Rambler Julian - after all we both were traumatised by a youth of cheap and dull Pinot Grigio. The therapeutic antidote I am going to serve today is Manzoni Bianco, an Italian grape variety I discovered earlier this year at a natural wine fair. I was instantly impressed by it; and how could I not: it is a cross of Riesling and Pinot Bianco/Blanc, two of my absolute favourite grape varieties. 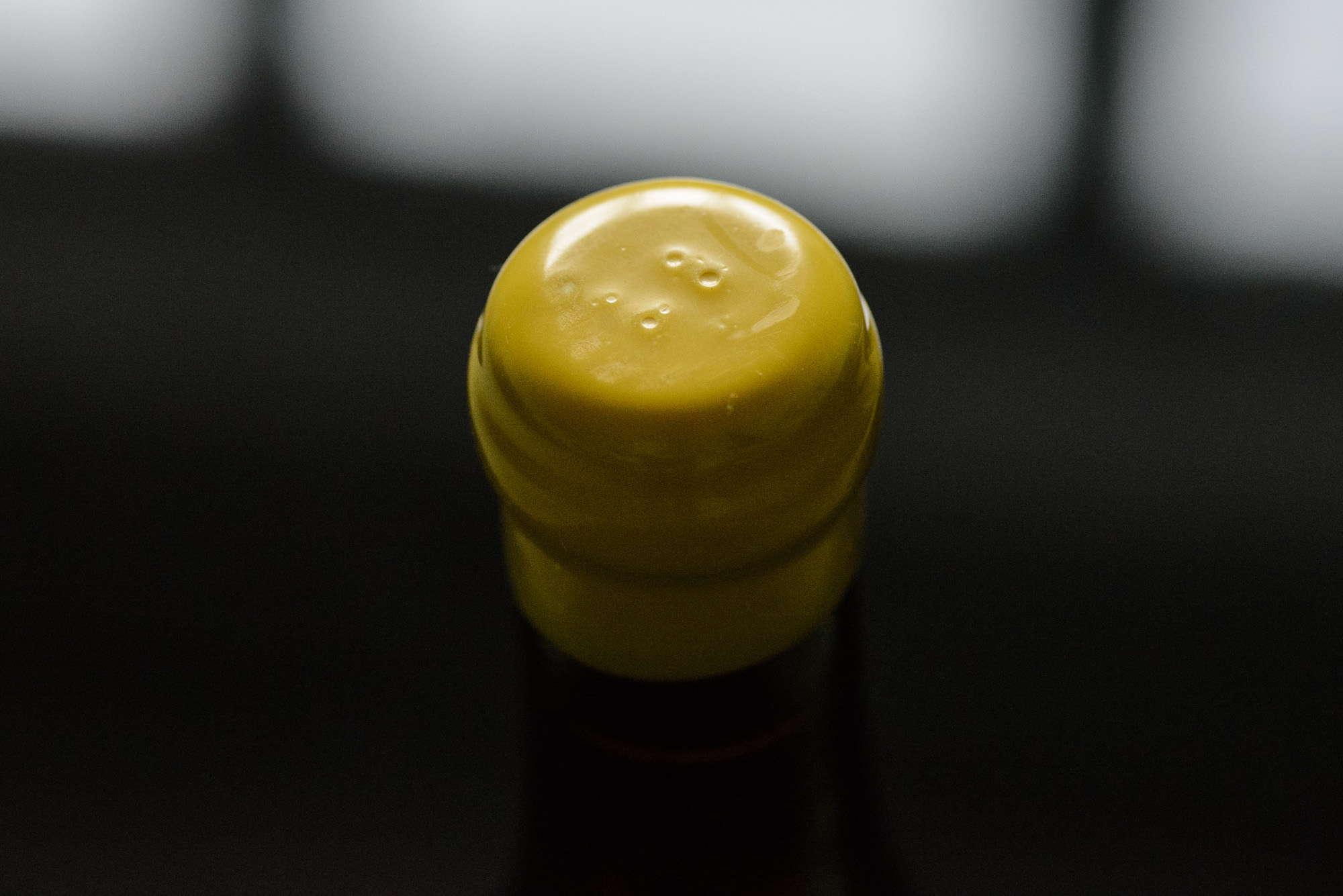 The wines I tried at the fair mostly impressed me by their freshness and minerality - elegant, light and clean. The first specimen I got into the scientific Wine Rambler tasting labs is a slightly different creature, a bolder and more substantial wine that easily rates as one of the most exciting discoveries of the year. 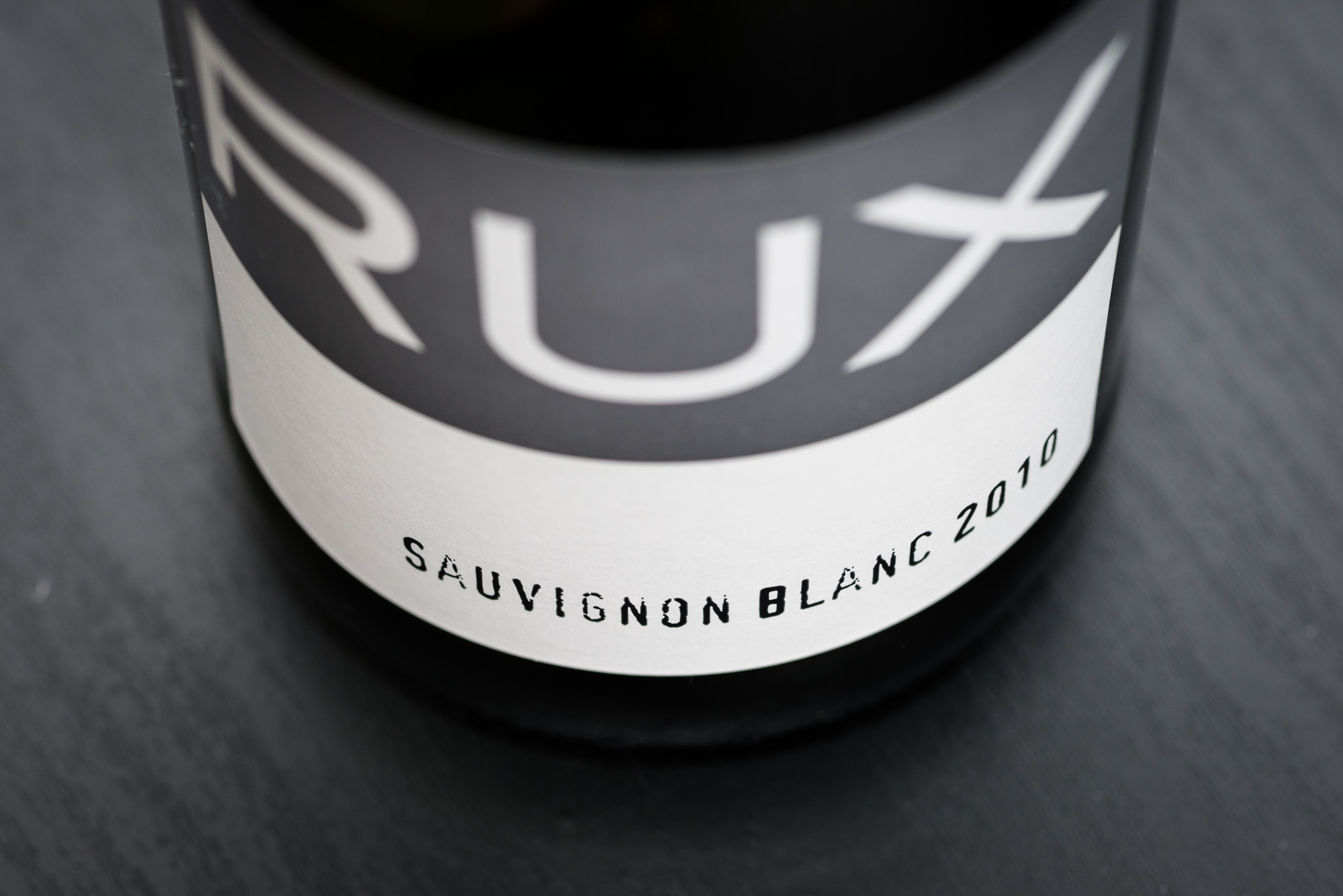 We are back. Well, almost. While I have survived three weeks of scorching heat in North America (a hot and humid torture device otherwise known as summer holiday), my co-Rambler Julian is still out somewhere on a secret mission I am not at liberty to talk about. Even so our summer hiatus is over and it is time to catch up with interesting wines and events of the past few weeks. 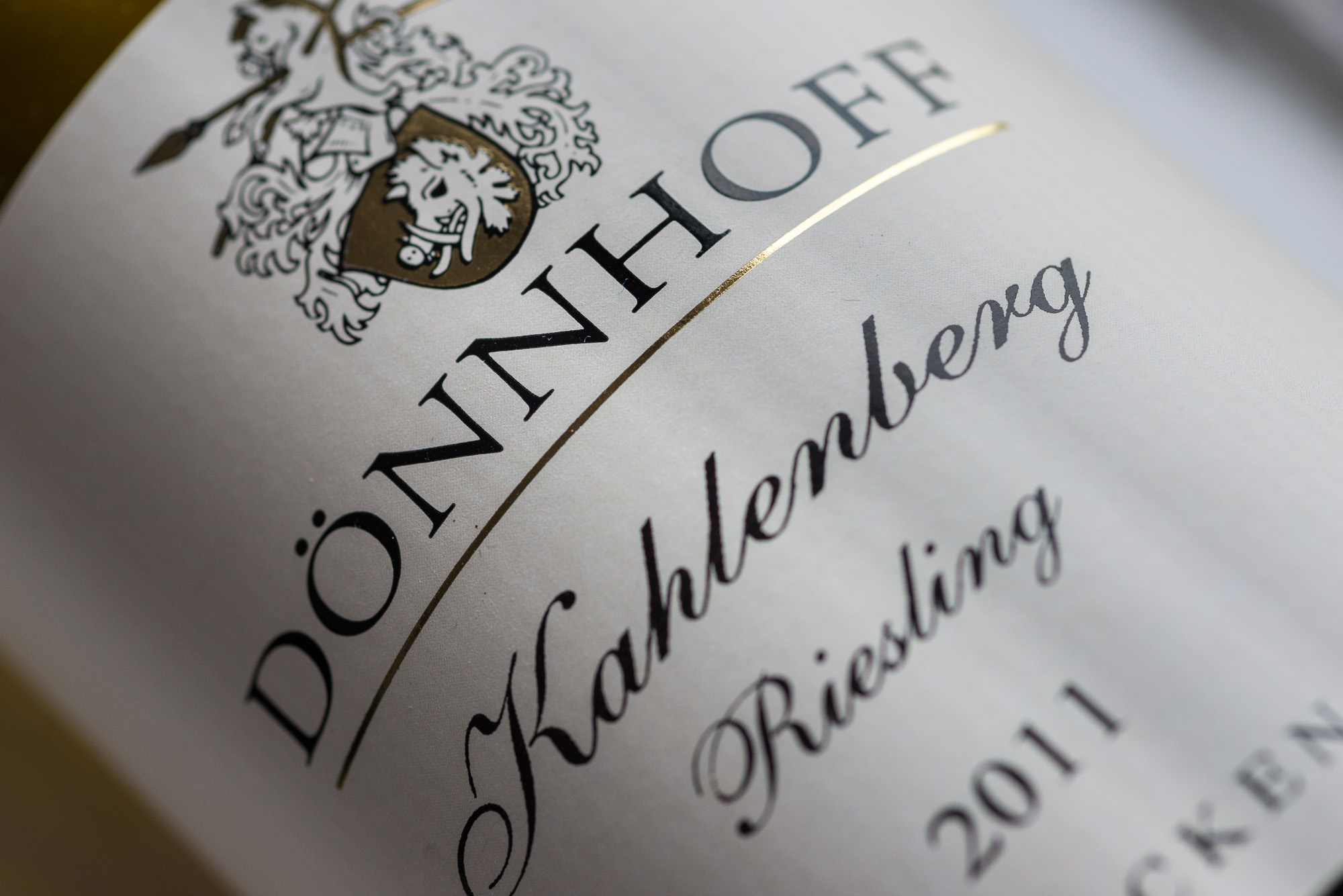 And what better way to get back into the swing than a German Riesling! 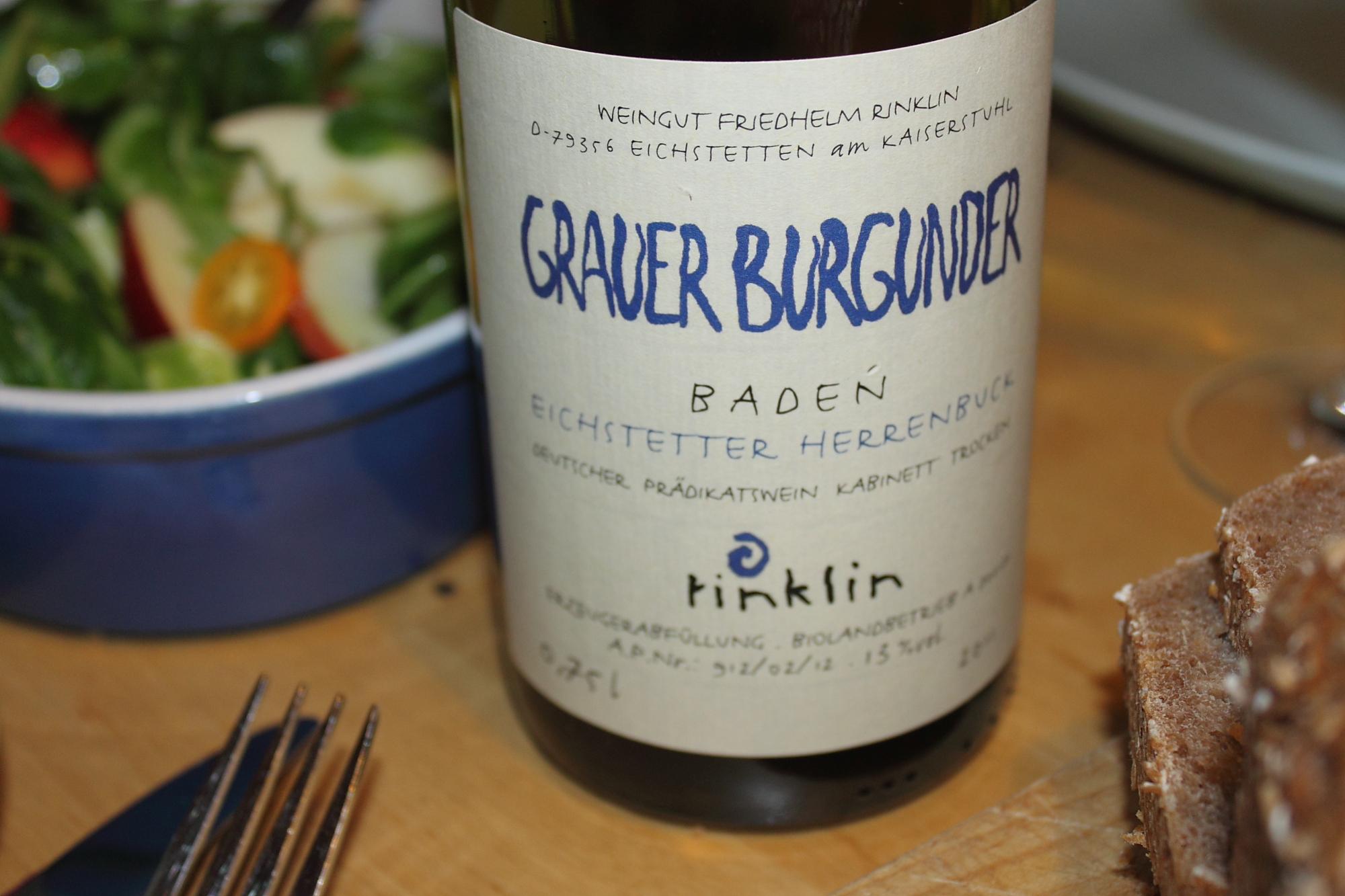 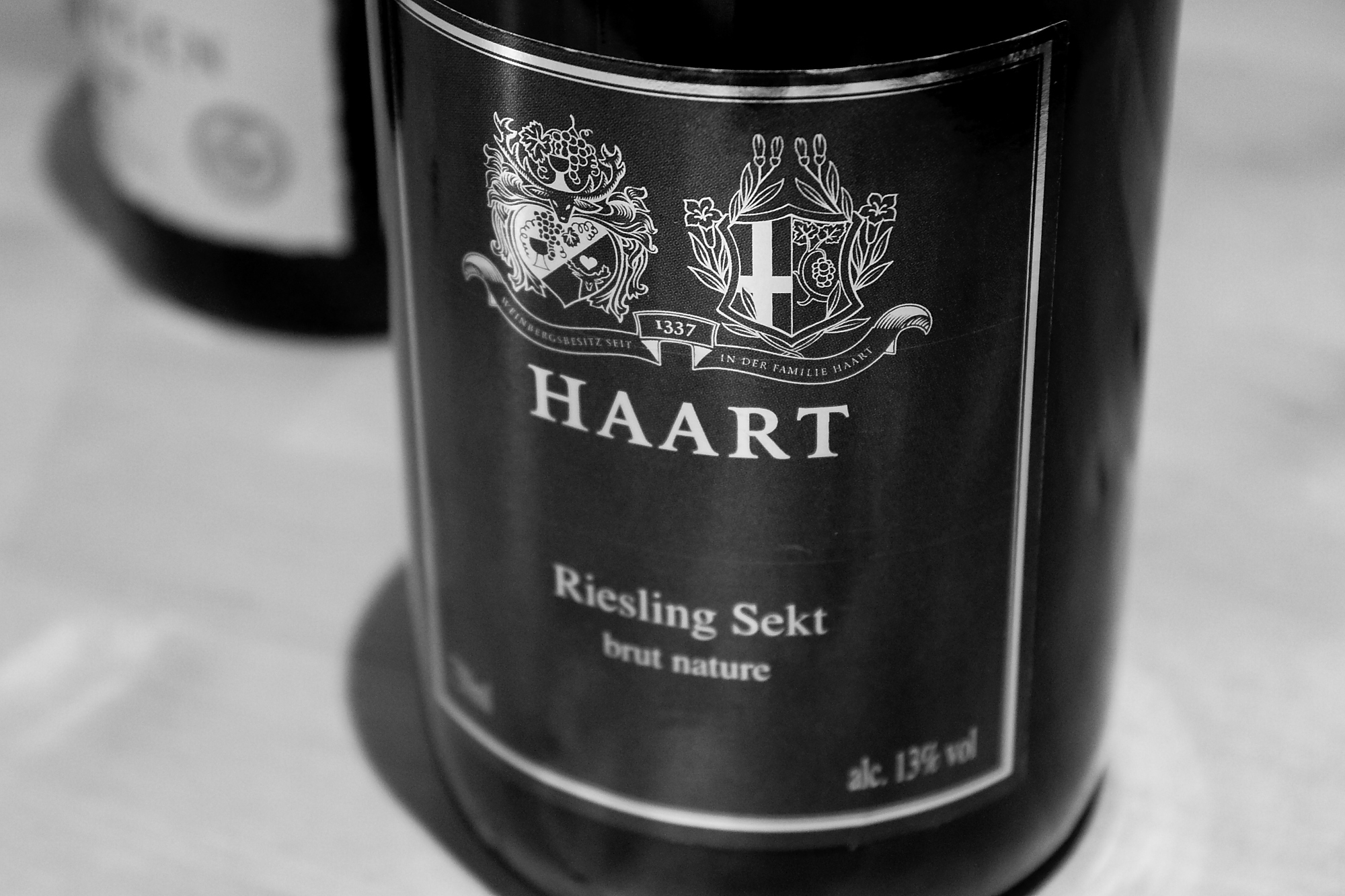 Saying that I am drinking more Italian wine these days would be almost cheating, at least in the case of today's specimen. After all, Riesling is hardly the grape variety that would make you think of olives, pasta and Mediterranean heat - and the Alto Adige region for some does seem to belong more to the German/Austrian wine world than to Italy. After all Italy's northernmost wine region used to be part of the Austro-Hungarian Empire and German is still spoken widely, as is also reflected in my wine labels. 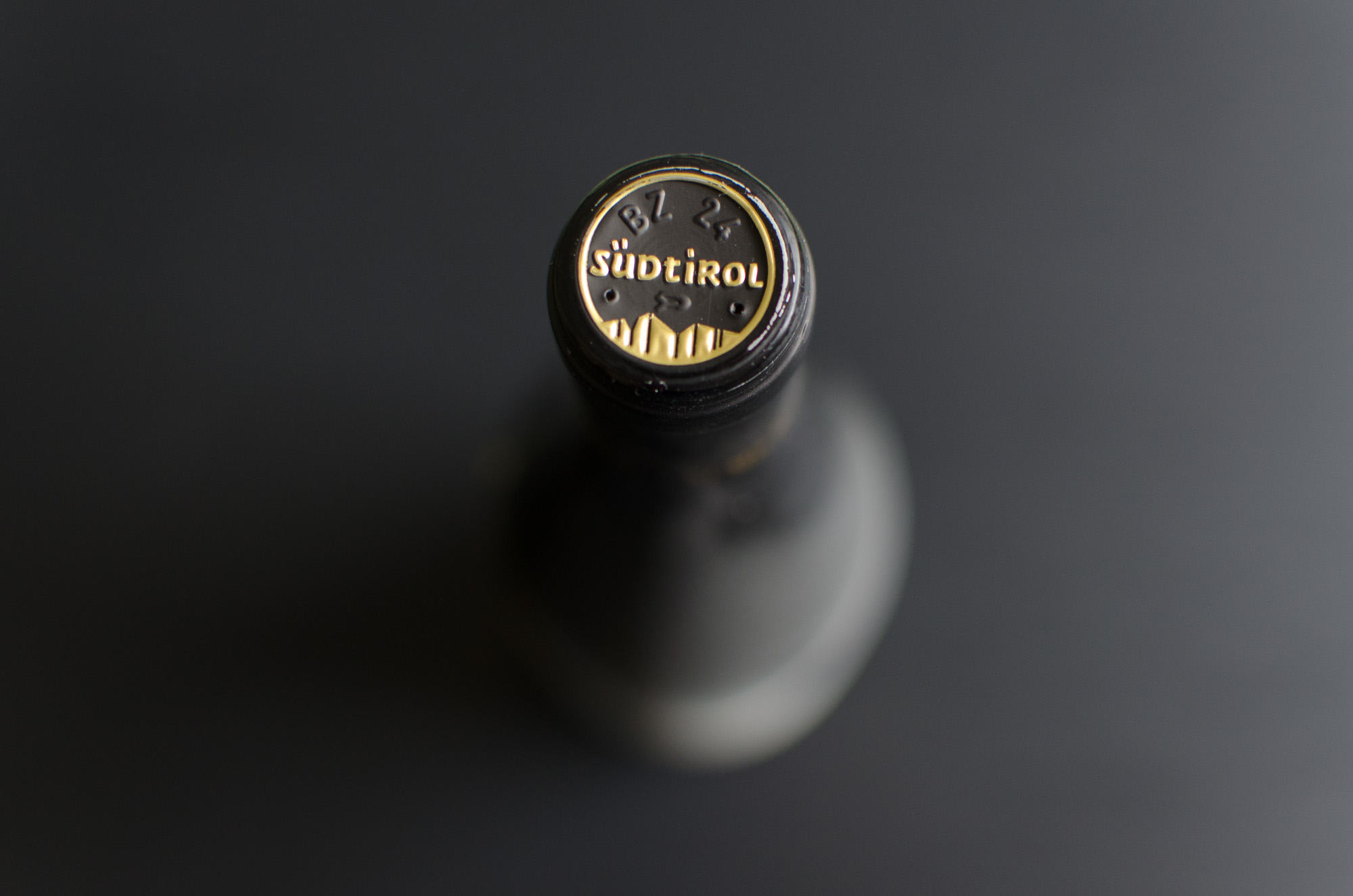 So let's just say I am slowly working my way into the Italian wine world from the north through a multi-cultural sphere of many influences. Is it also a tasty one?

Gelber Orleans, to me, is probably the most exciting wine there is. Sadly I am aware that even if you should believe me it won't help you very much as it is incredibly hard to find - even in Germany, which to my knowledge is the only country where it is grown. It is so rare that whenever, wherever I see a bottle of Orleans I can afford I will buy it. Usually that means turning to the Knipser brothers who grow some in the Pfalz. 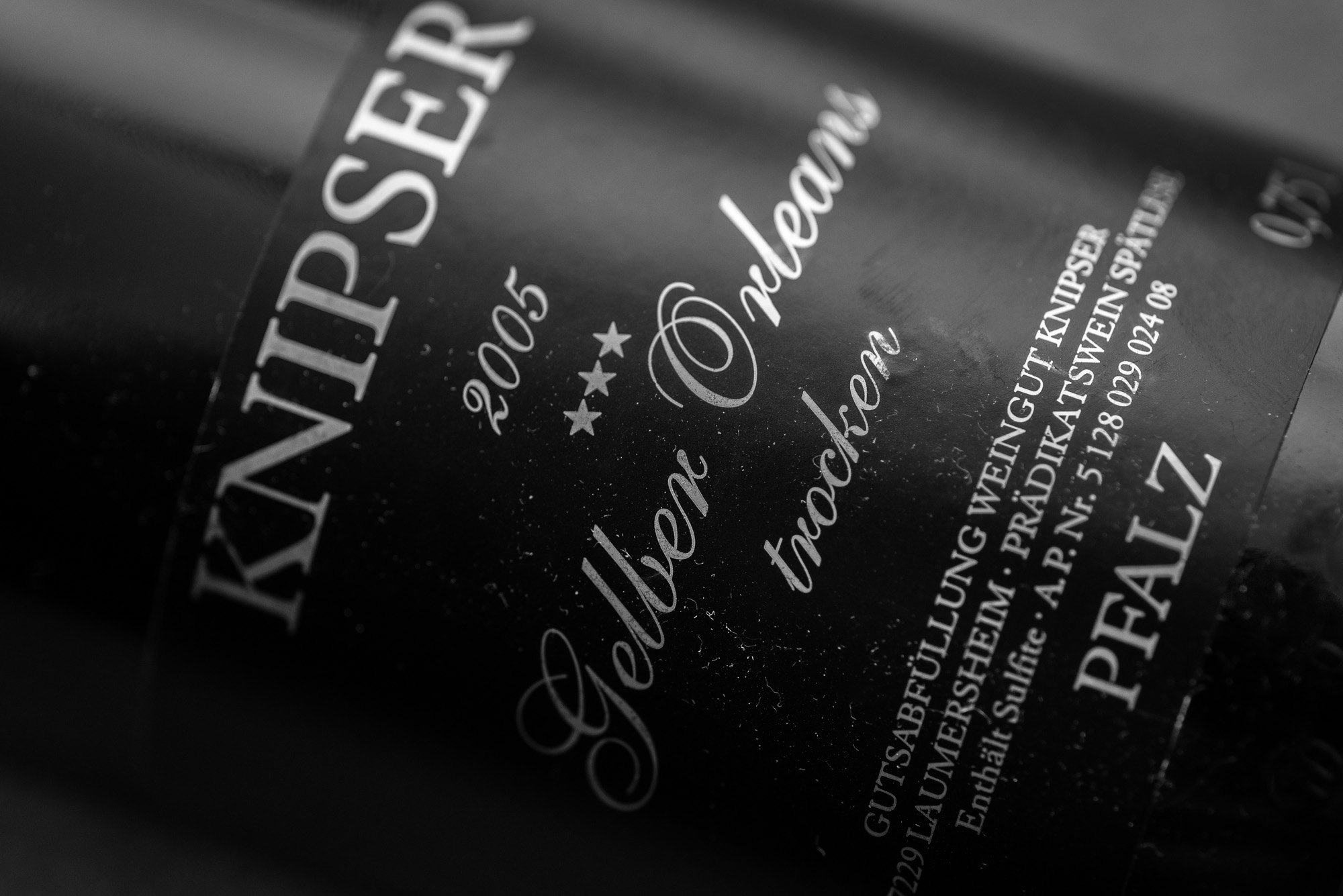 Thankfully, despite its rarity it is not an overly expensive wine - if you compare it like for like that is. And that puts this three star dry late harvest against a top Riesling. What do you get for that price?

Christmas has come early at the Wine Rambler. No, we haven't changed the calendar and yes I know it is almost Christmas anyway, so this line is less effective than it might have been in July. However, the wines I had recently have been so good there can be no doubt that 'tis the season to be jolly. Exciting sparkling Riesling followed by aged Nectar harmony Muscat and now what may very well have been the most accomplished dry white wine I have had this year. 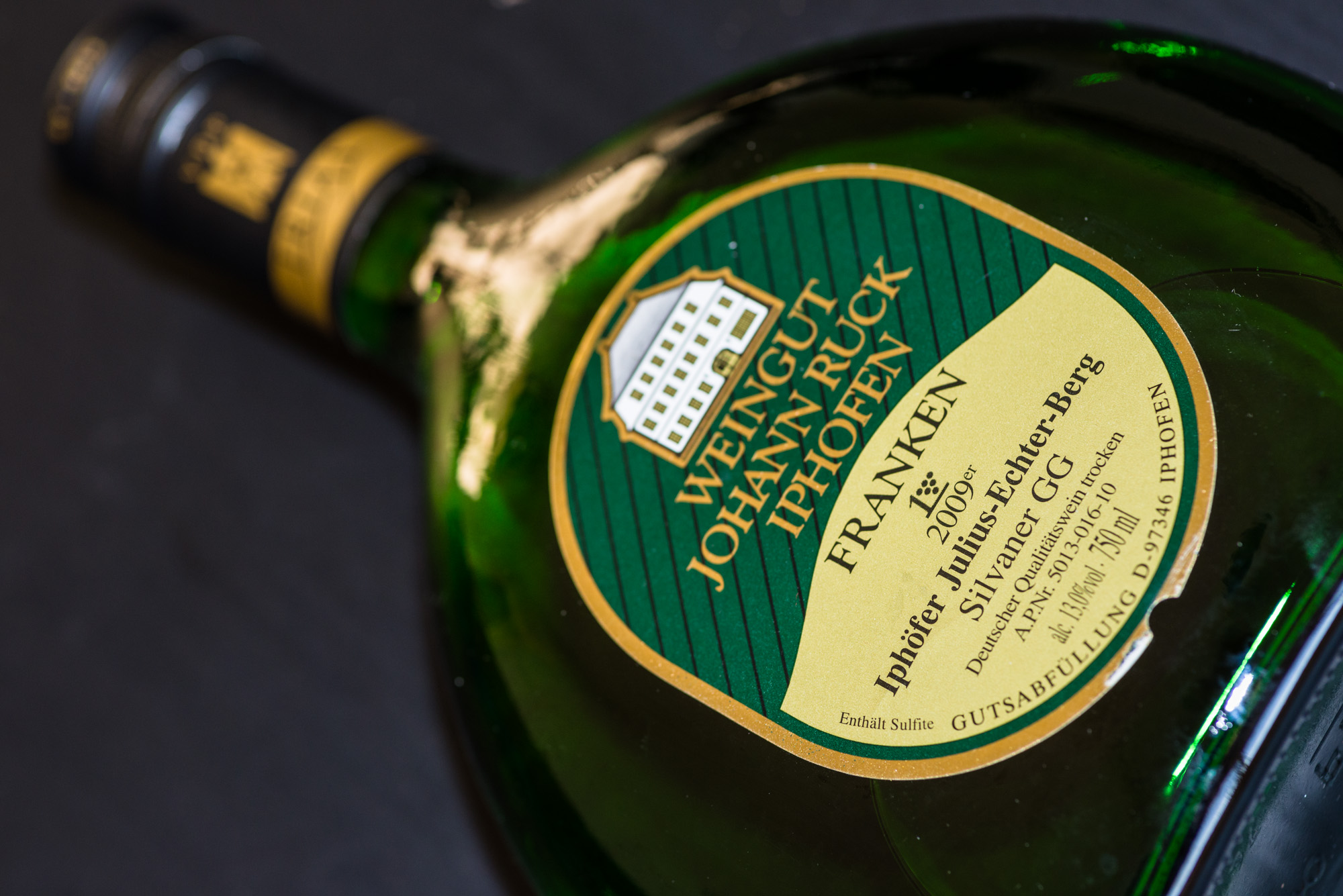 A first rate Silvaner, the exciting and under-rated German grape variety we have been shouting about for a few years now - and it even comes in the traditional Franconian "Bocksbeutel" bottle.