The wines listed here are wines we received for free in order to review them on the Wine Rambler. Please read our <a href="/wine-rambler-ethics">ethics section</a> about what this means.

Arson, sieges, war - not really the first words that would come to mind when thinking about wine: or a mill. And yet such events feature prominently in the long history of the Steinmühle (stone mill) winery in Rheinhessen. Since the Middle Ages, the mill in Osthofen has been burnt down a few times, and yet there it still stands. And it is still in the hands of the same winemaking family, for eleven generations now. 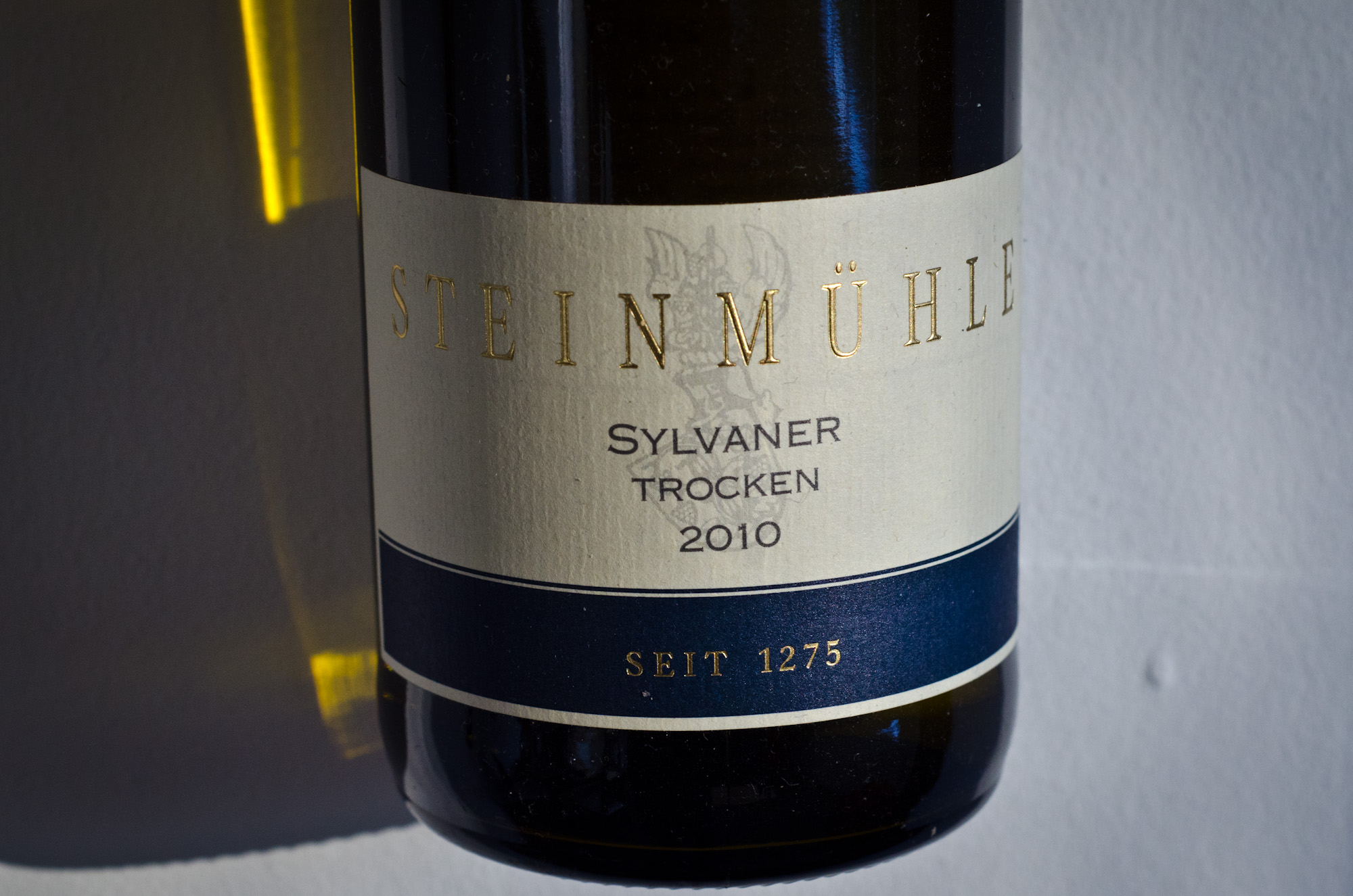 I did not know that when I was handed a bottle of their 2010 Sylvaner (the date 1275 on the label could have been a hint) - but then wine should mostly be about the enjoyment and the history lesson just a good swashbuckling story to be told after the second or third glass.

When touring the Mosel in 2008, we visited, amongst other places, a village called Leiwen. It was chosen for very practical reasons, as the wide and comfortable cycle paths along the river lead right past it, but more importantly for bacchanal reasons as it is the home of the St. Urbans-Hof winery. Small by New World standards, the 33ha vineyard area owned by the Weis family actually make the estate one of giants of the Mosel/Saar region and they include sections of several prestigious vineyards. 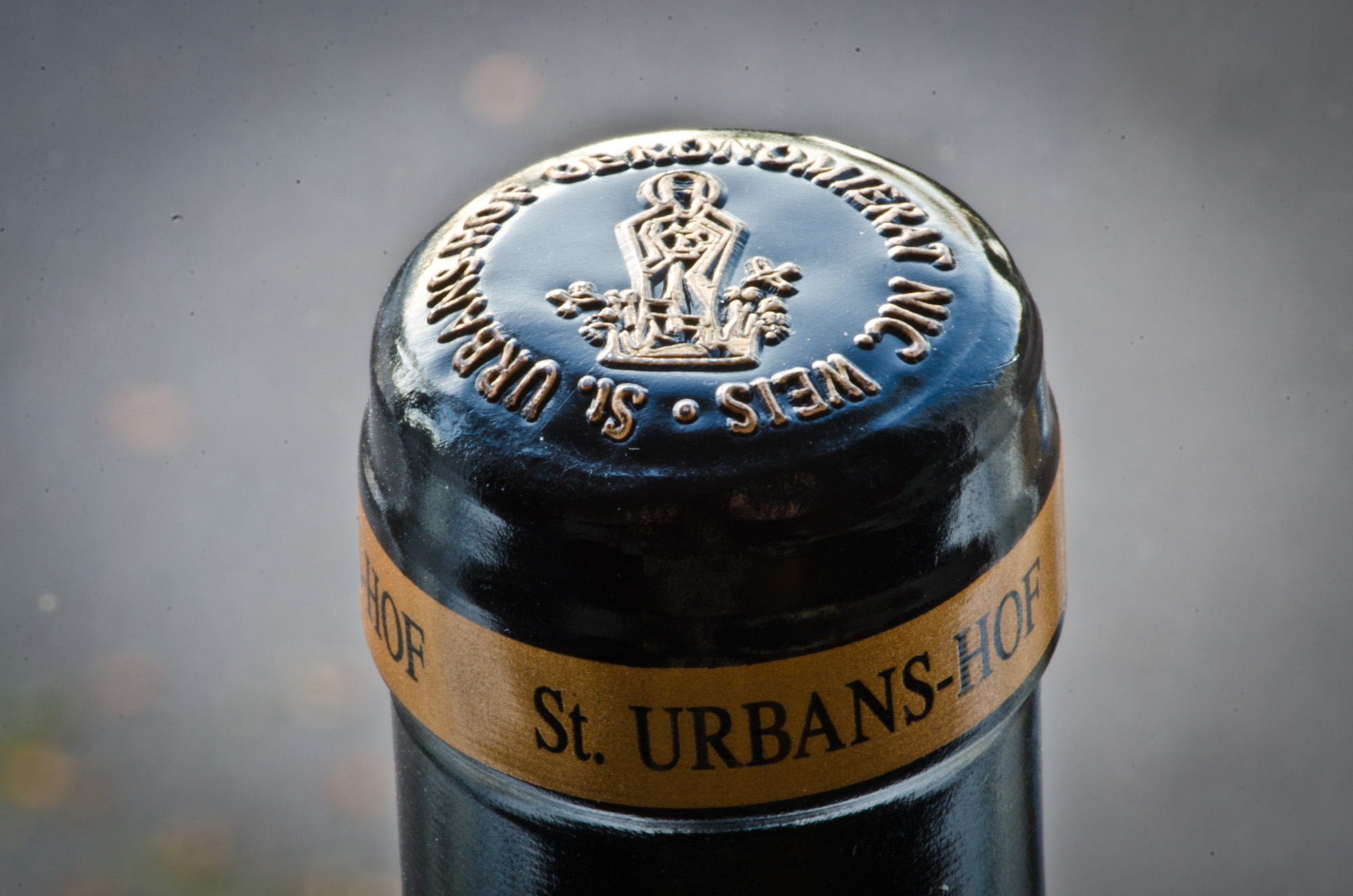 One of them is the Bockstein, near the village of Ockfen at the Saar river. There was no time to visit Ockfen in 2008, and until that can be remedied I will have to make due with enjoying the odd bottle of Ockfener Bockstein Riesling.

I have committed my fair share of sins, but now I have to confess the first one committed on Christmas Eve. It was not strictly a religious sin, more a wine sin - although for some Austrians, I suspect, it would be the same. I had Grüner Veltliner for dinner. Grüner Veltliner - from Australia! Even worse, this is the second time I have sinned against the Austrian prerogative of making Grüner Veltliner: recently I tasted a sample from New Zealand - with the Austrian national dish Wiener Schnitzel. 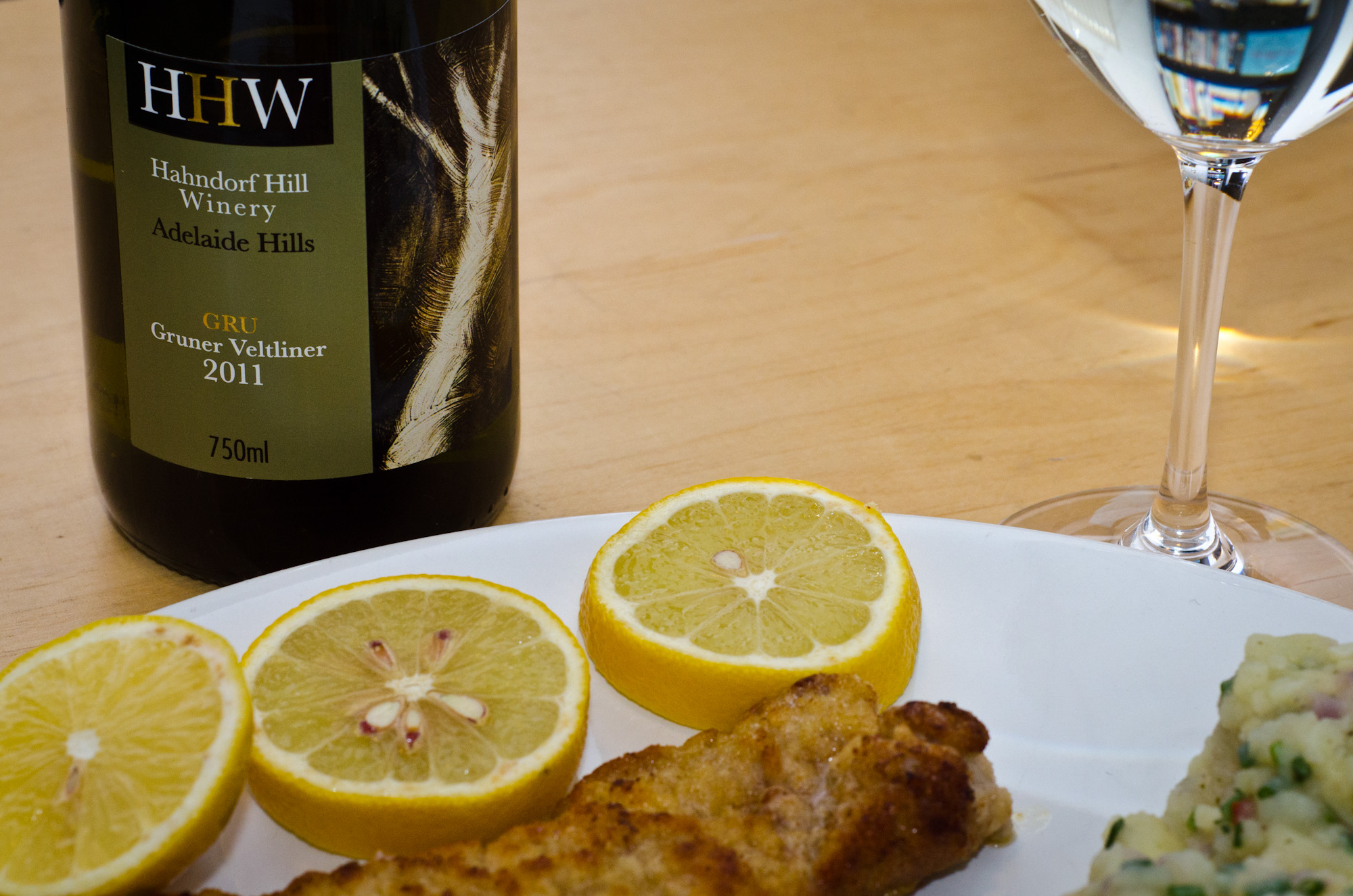 The Germans and their compound words. Even people who haven't heard more than three words of German (presumably those will include "Achtung", "nein" and "Fuehrer", although amongst the more sophisticated "Kindergarten", "Zeitgeist" "Schadenfreude" und "Weltschmerz" are also candidates) know that the Germans like to build long words into even longer ones by attaching them to each other. Worry not though, I shall not be troubling you with yet another very complex word the length of the journey from Land's End to John O'Groats. Instead I will use a review of a Rheingau Riesling to introduce you to a short compound word every wine drinker should know. 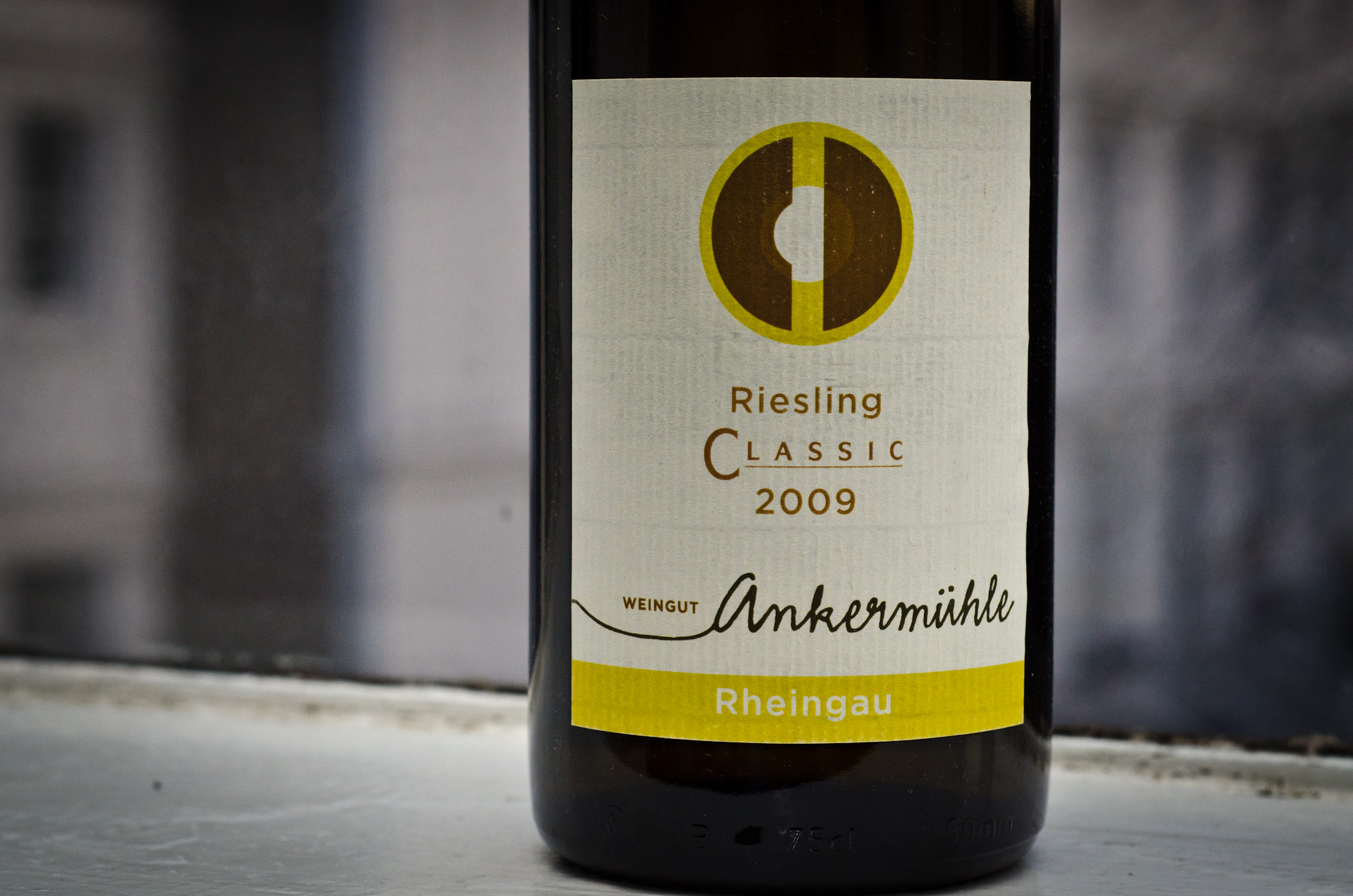 Don't tell this to anyone, but is true, I don't drink much Sauvignon Blanc. At least not voluntary. I drink it involuntary as it often is served at functions, such as the one I attended earlier this week at the Palace of Westminster. That particular wine was inoffensive, but often I find the aggressive fruit-bombiness of Sauvignon Blanc hard to stomach. It is as if it is shouting so loud to get your attention that you cannot actually hear what it says. Having said that, there is also really good Sauvignon Blanc, both from the new and the old world. Interestingly, some of the most pleasant specimens I have tried recently came from Germany. Yes, there is German Sauvignon Blanc. 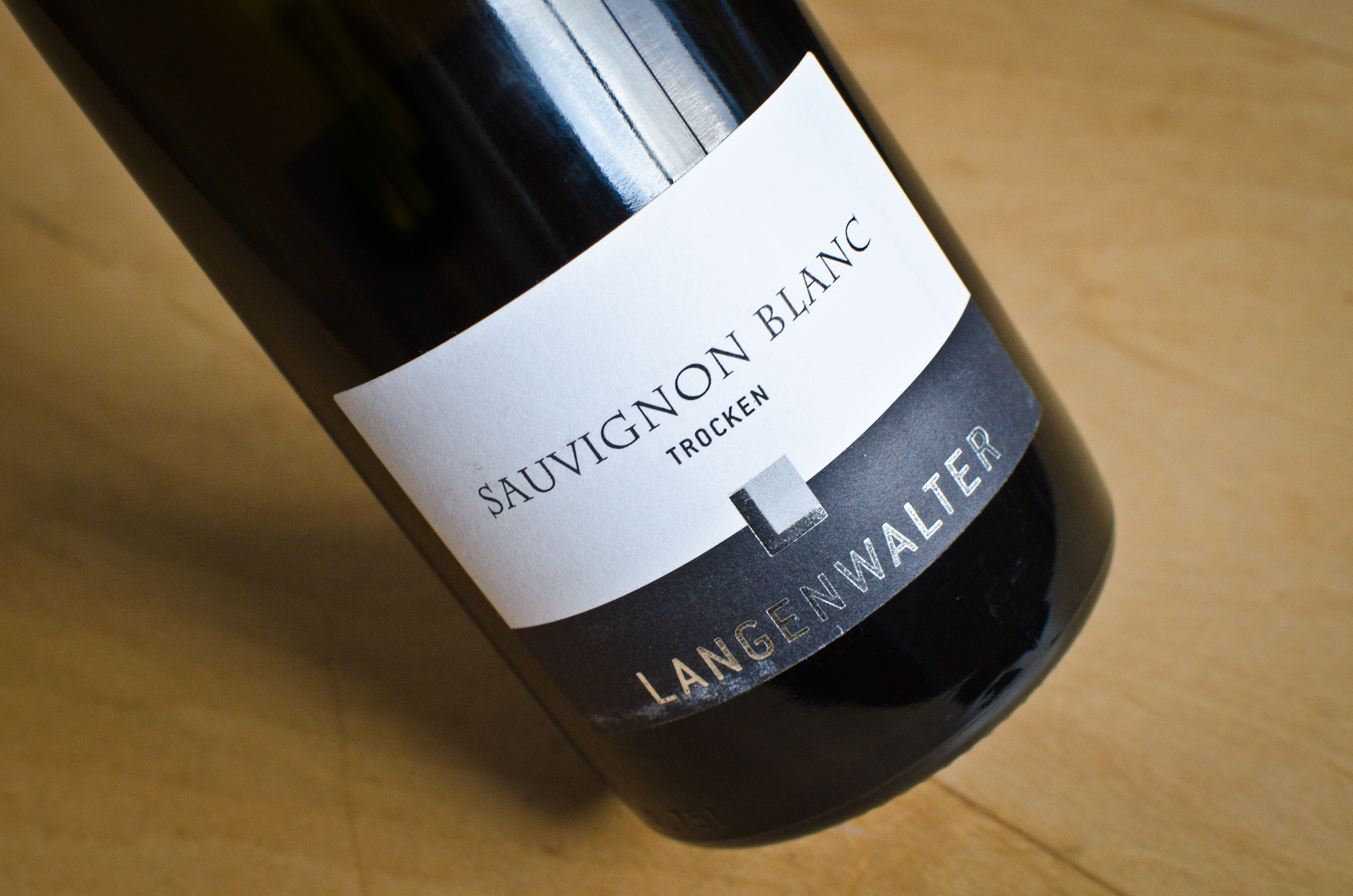 This particular wine comes from the Pfalz, a region that continues to confuse foreigners with the wide range of grape varieties grown.

Sometimes you have no idea what you are looking at. The other day I pulled a bottle out of a newly arrived cask of wine that I hadn't actually ordered - nor had I heard of the winery before! Turns out that the wine merchant had sneakily squeezed it into the box as a thank you for a good customer. Herr Behringer also asked me for my opinion. 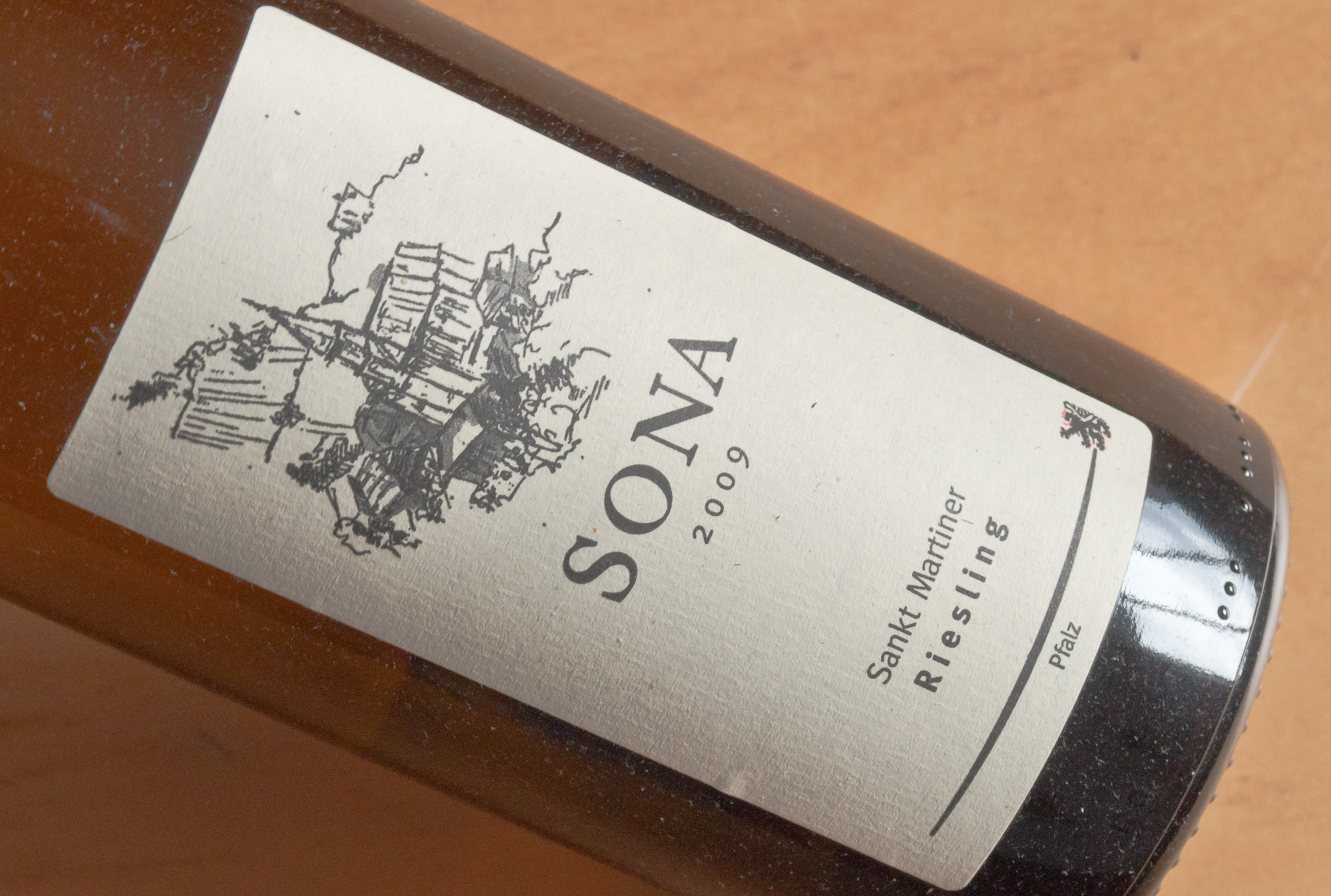 Following the recent debate on neutrality of wine bloggers I should probably add that this is the first wine we have received from Behringer without paying, that he did not ask us for a review and that the wine is not in his portfolio (I wonder if he plans to change that though). Anyway, Mr Behringer, here goes.

Both my co-Rambler and I recently came to the conclusion that we had somewhat neglected Austria - a country that makes some truly outstanding wines. So Julian went off to have an afternoon of Austrian wine, during which he was particularly impressed with a Riesling made by the Prager winery. At about the same time I found myself talking Prager with Damian from Fields Morris & Verdin on Twitter. As I had never tried a Prager Riesling, Damian kindly provided me with a tasting sample, the 2006 Steinriegl Smaragd - a Riesling that is more than just a reminder of how good Austrian wine can be. 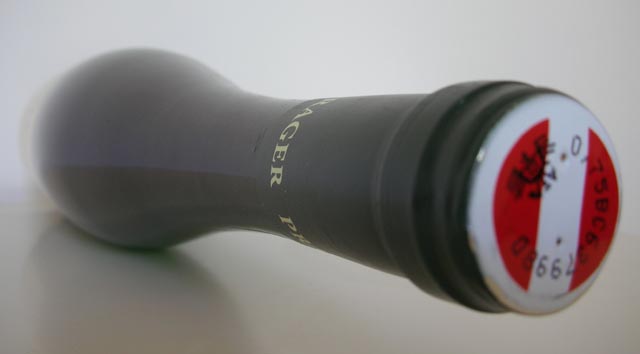 Read the background story to this wine here (be warned: It's quite a ramble)

A very dark cherry red in the glass, this brought sweet cherry juice, blackberries and a little fruit jam to our noses. The mouthfeel is, again, dominated by marinated cherries, dried fruit, and a chocolate pudding aftertaste.

It's a measure of the quality of the winemaking that this overripeness does not pull it out of balance, but a gentle tannic backbone wraps up the taste in the end.