Giant Food is a US supermarket chain. Go directly to their <a href="http://www.giantfood.com/">website</a&gt;. Below are the wines we tasted from this source.

Imagine my surprise when I found myself looking at a German Riesling in a supermarket in the outskirts of Alexandria, Virginia. Actually, there were several wines claiming to be 'German' Riesling, but I skipped two that were not bottled in Germany. I also skipped a 'Claret' made by Francis Ford Coppola - yes, THAT Coppola, another celebrity who ventured into wine making -, but as I was drinking 'with' a pregnant woman it seemed best to focus on something light that I could finish by myself, if need be. Still a shame not to have tried the Coppola, but there may be other times. 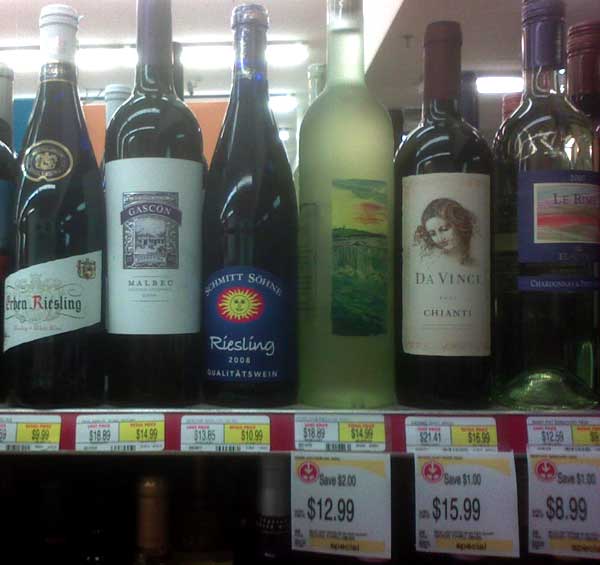