A busy year is coming to an end. I could write about how busy it was, but the very slow trickle of posts on the Wine Rambler makes that obvious enough. Instead I feel like leaning back, pouring myself a comforting wine and relax. A wine with substance and soothing qualities, something with a personal connection but less intellectual challenge than the Rieslings I love so much. It is time to open a special red wine that had been sitting in my cellar waiting for a moment like this. 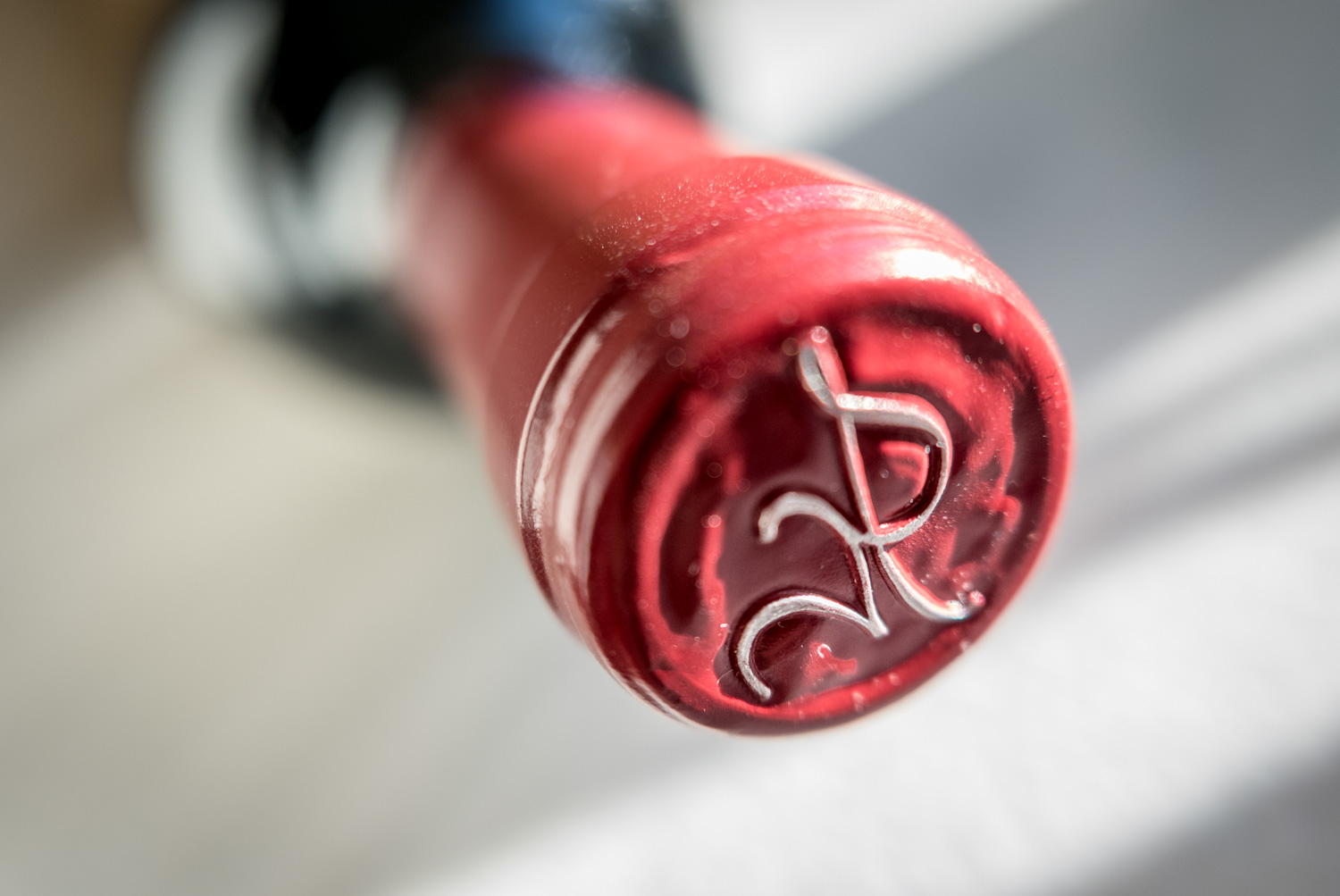 Or maybe his is just a pretentious way of saying: after maybe five years stored in a wardrobe I feared the Mauro really needed drinking.

With the festive season with all its celebrations and debauchery now upon us what could be better to review than a classy sparkling wine? Well, yes and no - I have never held much with going for wines that are in season. Sometimes I want a bold red in summer, sometimes a refined sparkler on a dull Tuesday evening with nothing to celebrate. When it comes to wine I tend to go with the advice the head of department in my first full time job gave me: "A good Riesling in itself is a reason to celebrate." A wise statement, although I think it can be expanded to cover all glorious grapes and wonderful wines of this world. So here is another reason to celebrate - and behold, it is an English sparkling wine. 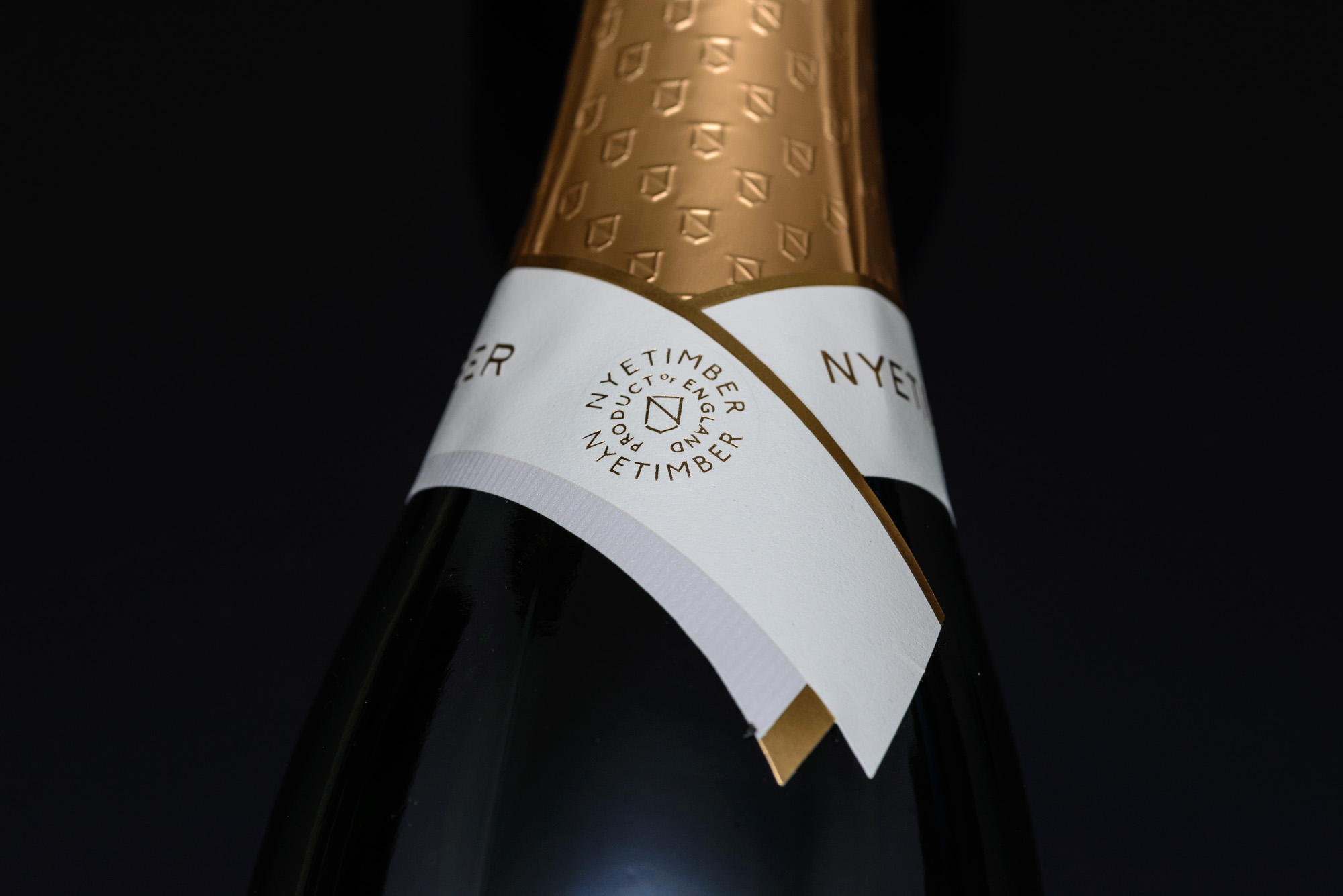 A Nyetimber 2003, to be precise - a wine from the Nyetimer vintage that caused a little sensation when a few years ago its sibling, the Classic Cuvée, won a respectable international sparkling wine tasting, beating the likes of Bollinger, Pommery and Louis Roederer. How good is the Blanc de Blancs? 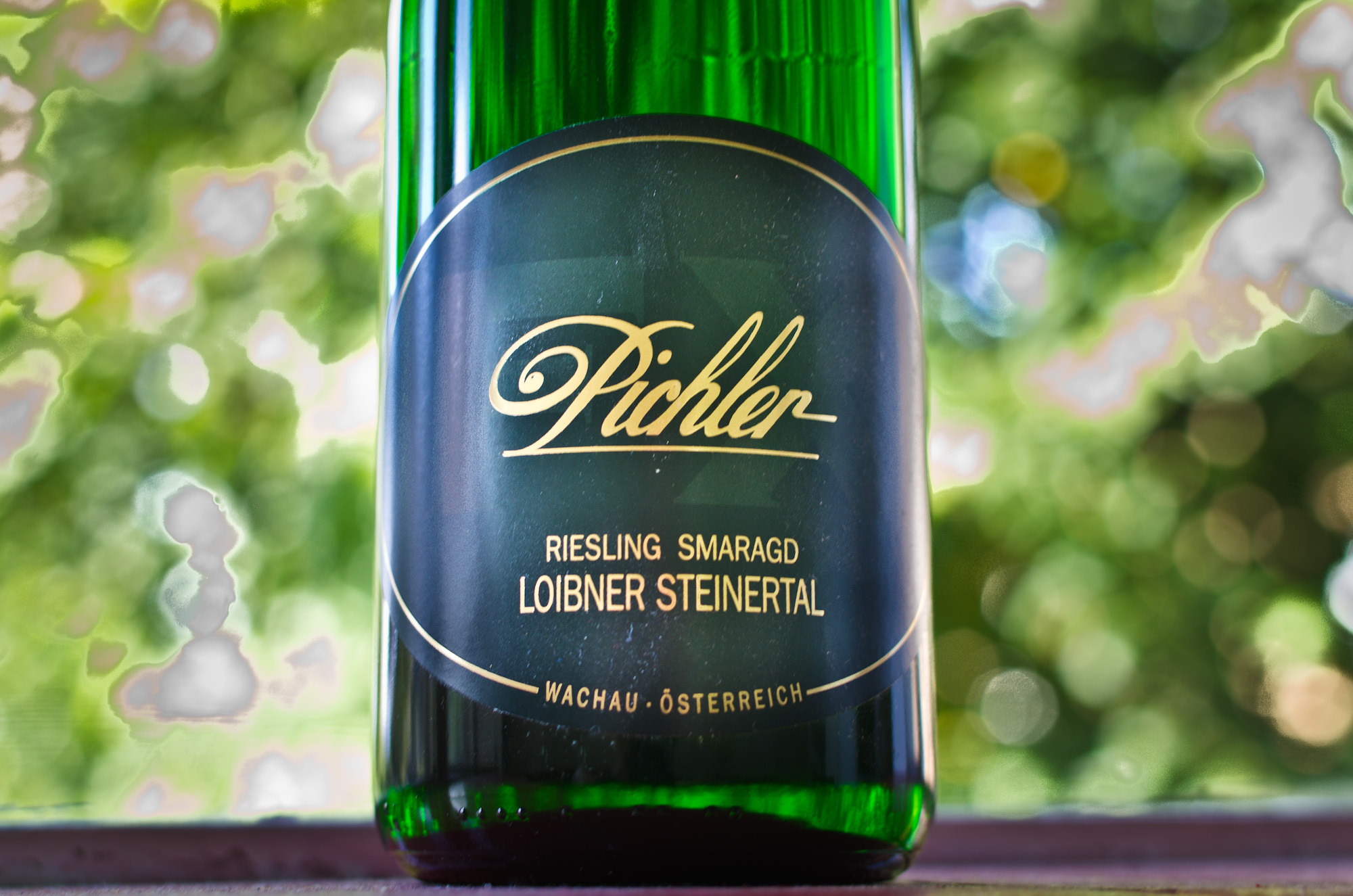 It may sound otherwise, but Huxelrebe is neither a reason to shout "Gesundheit" nor an infectious disease. Instead, it is one of the grape cross-breeds created in Germany in the 1920s, and like many of those it is now mostly grown in Germany and England. Huxelrebe is a very high yielding variety that easily reaches high sugar levels, but it can produce high quality wines if yields are reduced. 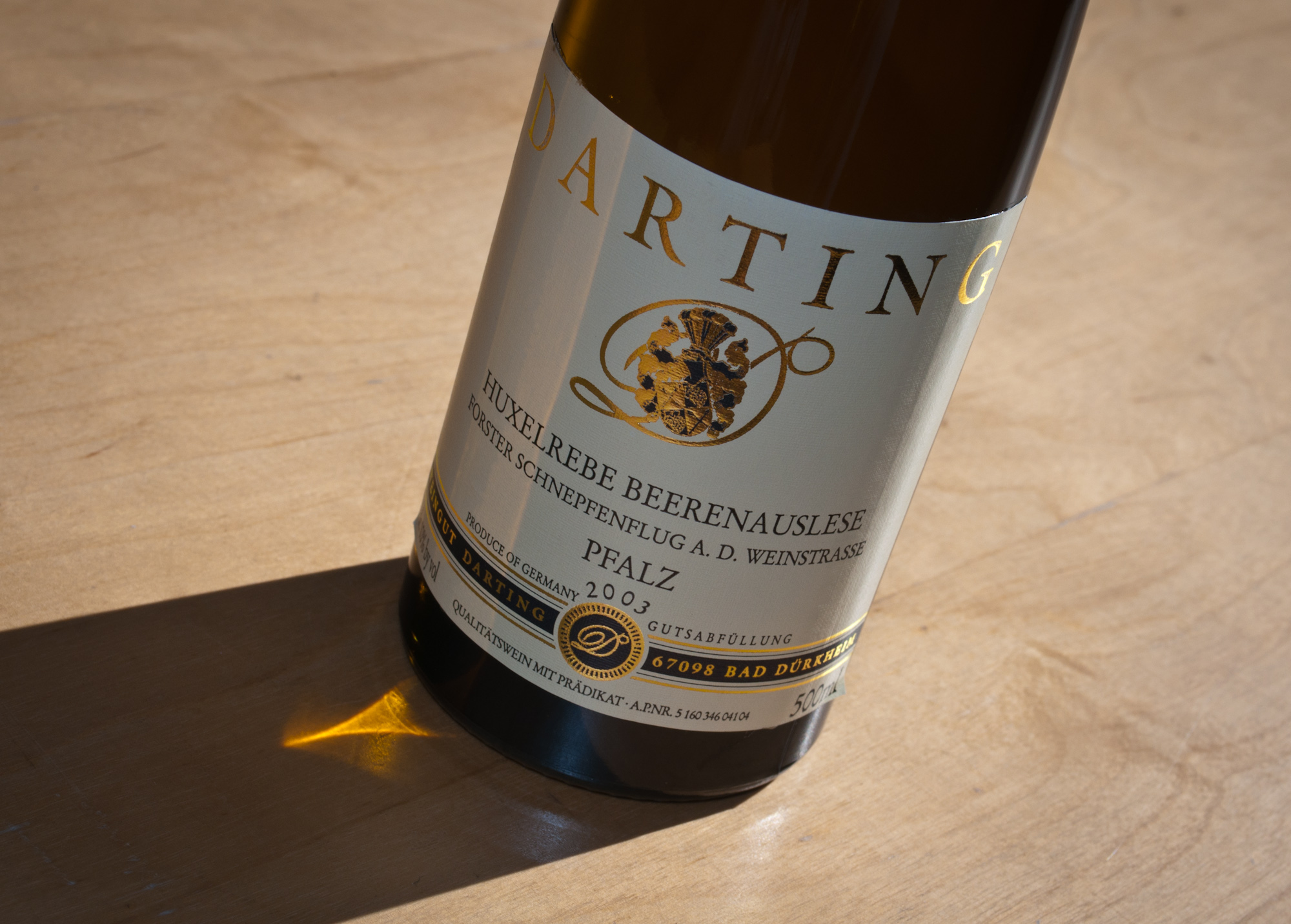 You will find dry Huxelrebe ("Rebe" means "vine"), but mostly they are sweet dessert wines, like this one from the Pfalz.

You haven't heard of Gelber Orleans? Not even a vague idea what it might be? Despair not, it is hardly a well known grape variety. In fact, it has become so obscure - even in Germany - that when I recently invited a well versed wine blogger over to try it I was confident she would not be able to identify it. 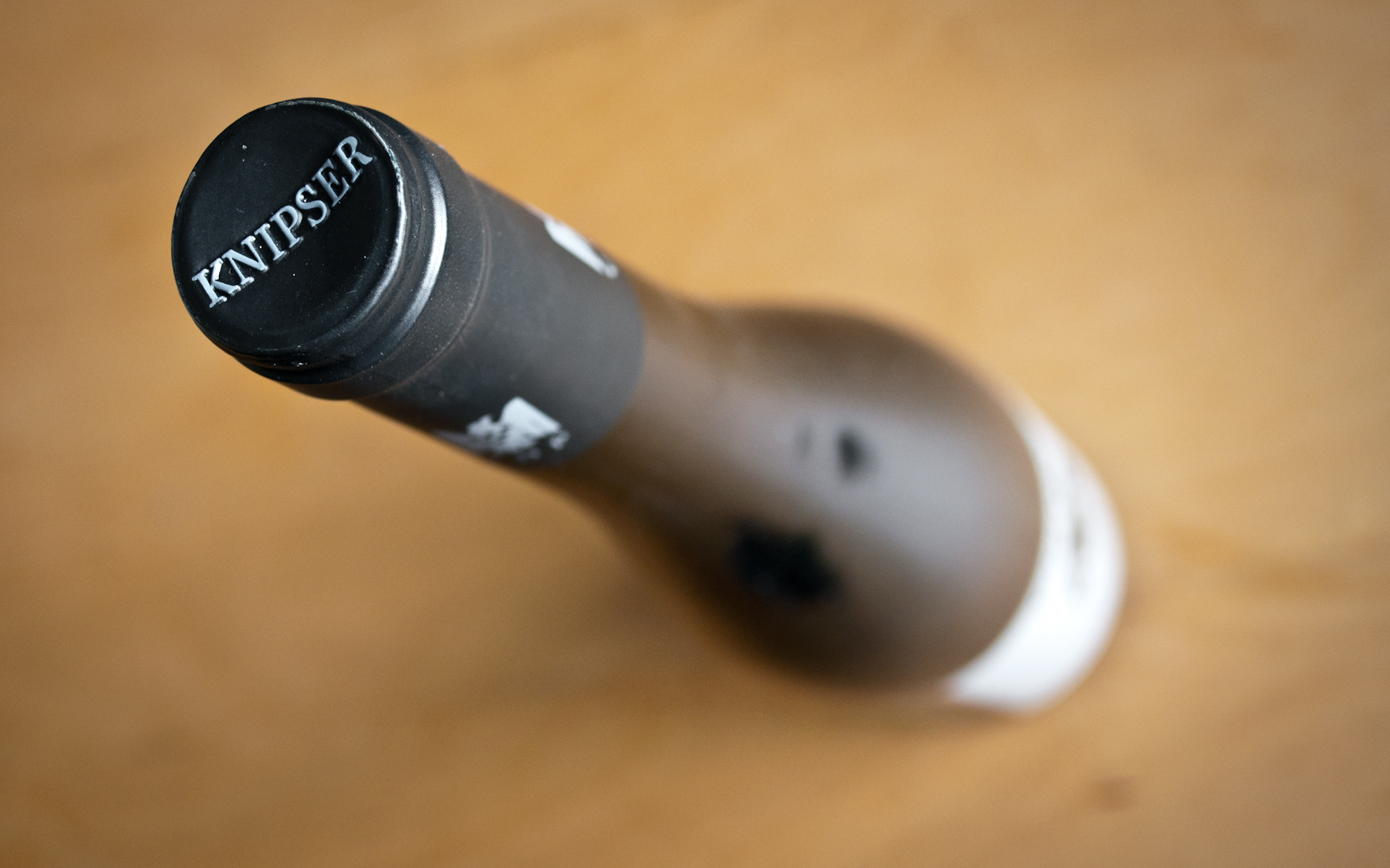 When serving the wine I made sure that the only thing she might have caught a glimpse on was the name and logo of the winery - identifying the producer as Knipser, one of the most accomplished in Germany. So, gentle reader, explore a wine with us which you will most certainly not have experienced before.

Knipser is the name of a wine making family from the Pfalz region of Germany who keep impressing us with their polished and tasty wines. They are widely known for their expertise in ageing wine in barrique barrels - red wine, of course, but also white. The other day when I was cooking tarragon cream chicken I felt the time had come to open their premier 2003 Chardonnay, a wine that was only released to market after several years of maturing in the Knipser cellars. 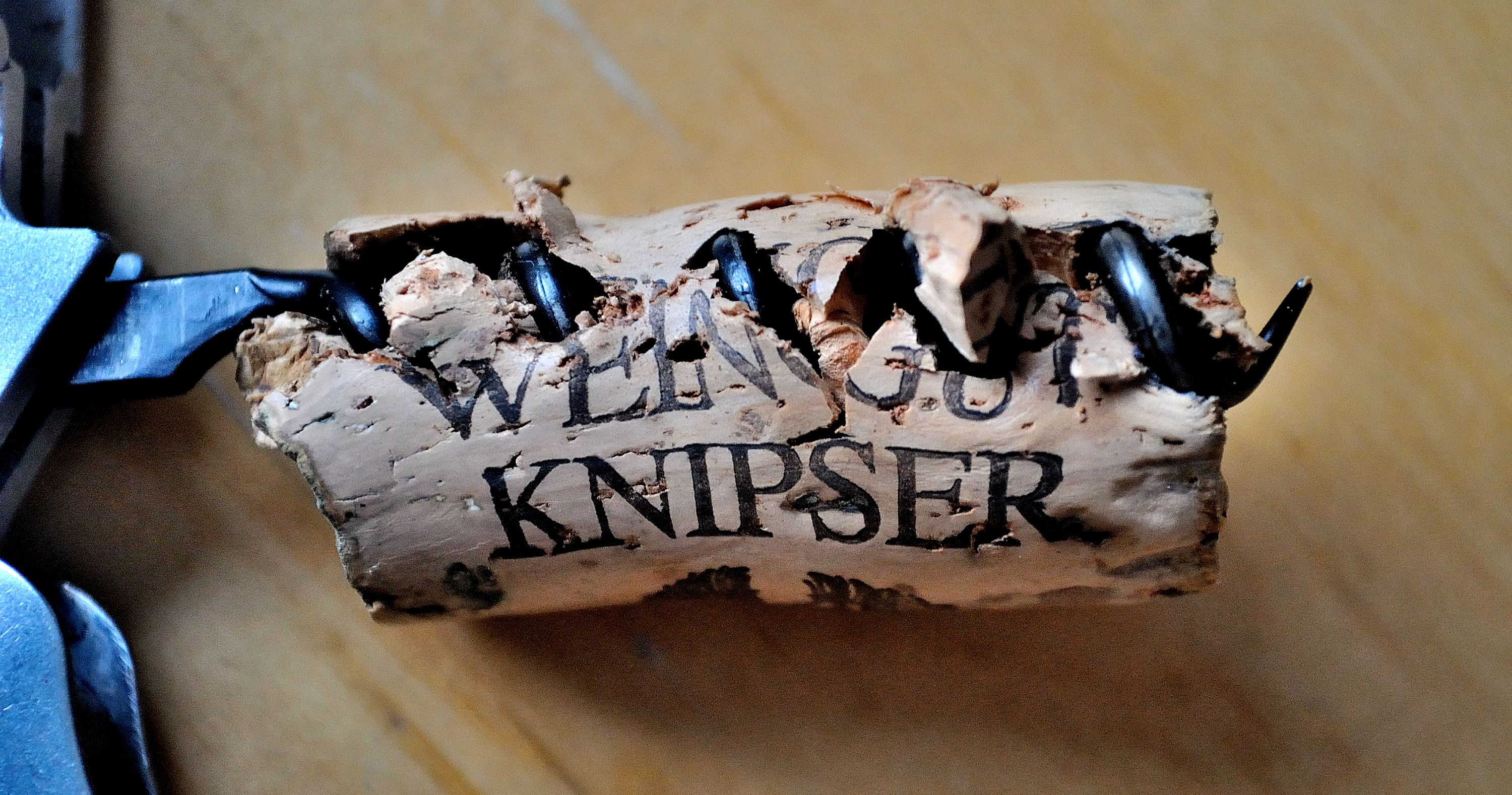 What I was expecting, of course, was a substantial (14% ABV and barrique), creamy wine with the first signs of age. What I was hoping for was that it also kept a hint of freshness to go along with the food. 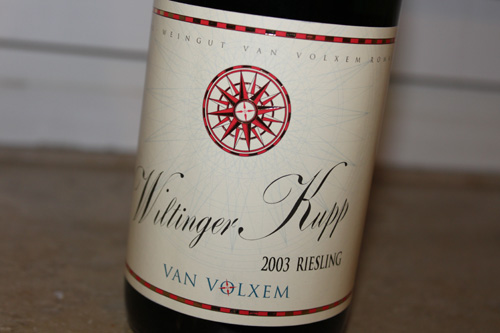 New York City is hipster territory - or at least that is the message it is trying very hard to project during my current visit. Interestingly, most things German do seem to be considered hip, especially German beer culture. The Lower East Side for instance welcomed me with German brass music, schnitzel and beer served by busty wenches dressed in pseudo Bavarian outfits. German Riesling, it turns out, is also very popular among the cool wine kids here, so it was quite fitting I brought one over to share with my host: a late harvest Riesling made by one of my favourite producers at the Mosel, Theo Haart. Usually, I would have opted for a Haart Riesling from one of the famous vineyards such as Piesporter Goldtröpfchen, but a few years ago I came across this late harvest from several vineyards around Piesport, which to me seemed almost more interesting than some of the wines from the top sites. Did it hold up as well as Haart's premier wines though, I wondered, or were we in for a disappointment? 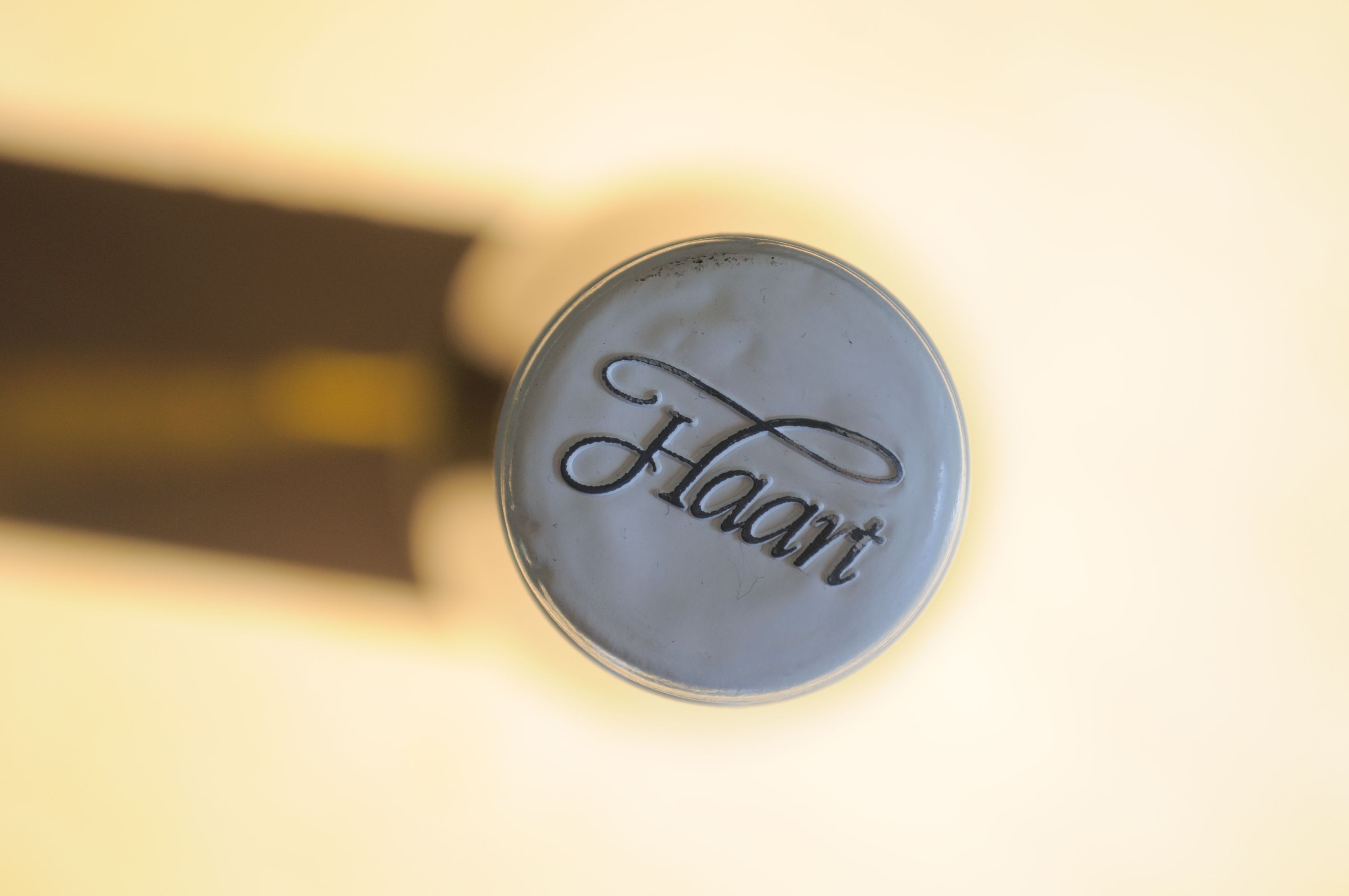 It has been a while, way too long, actually, since I reported on a wine made by the lovely people from the Haart winery. The winery is based in the village of Piesport, a name that is infamous in the UK for cheap wine, but famous among wine lovers for the Goldtröpfchen (little drop of gold) vineyard, one of the best at the Mosel. The Haart family has been making wine since the 14th century and the sweet Rieslings of Theo Haart, who runs the family estate with his wife and son, have an excellent reputation. For me they are also the embodiment of what I love about the Mosel style of winemaking. 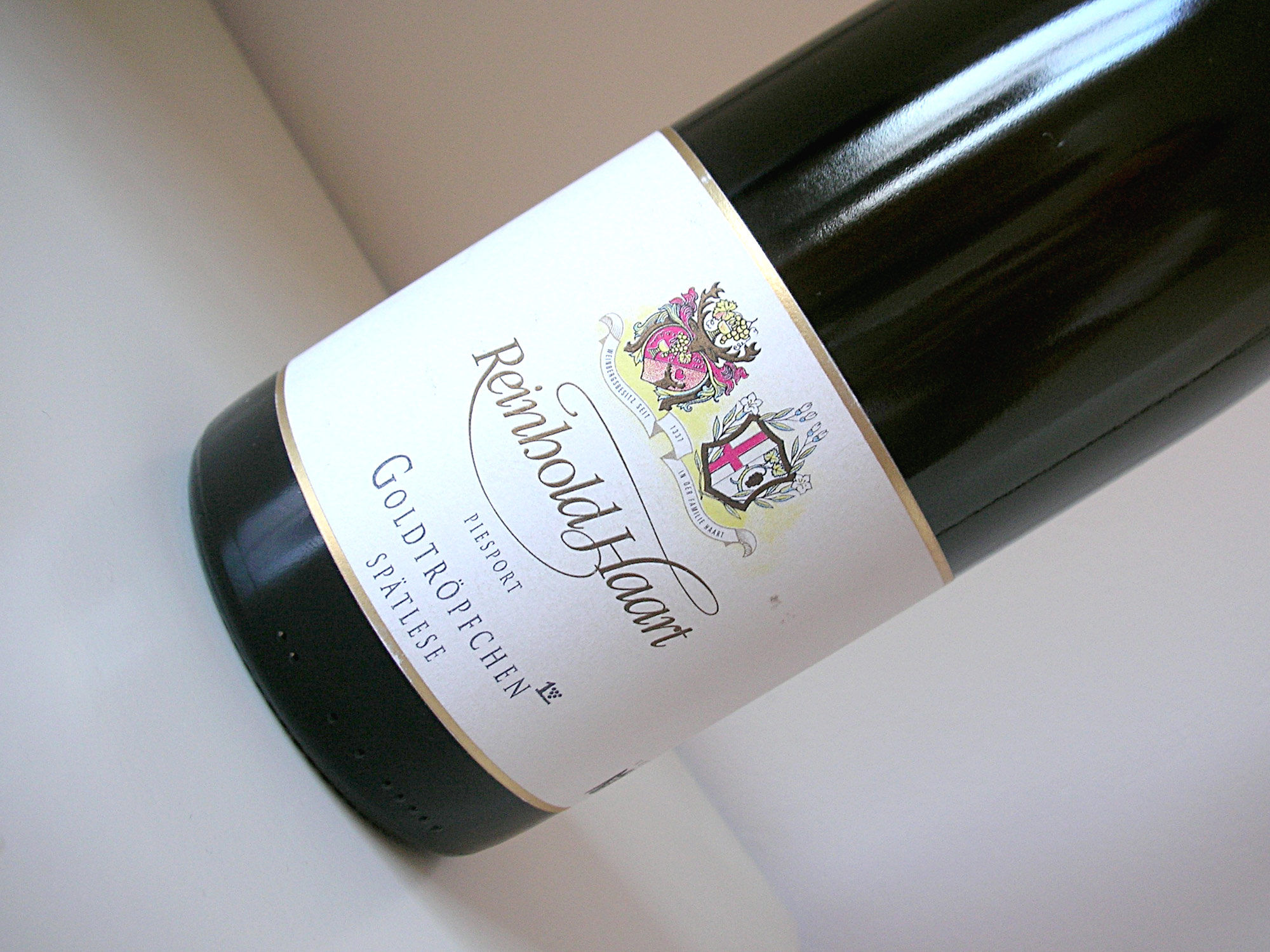 So we were drinking this German Syrah one night and - Wait, a German Syrah, you say? Yes, that is true - a Syrah from Germany, and a bloody marvellous one too. 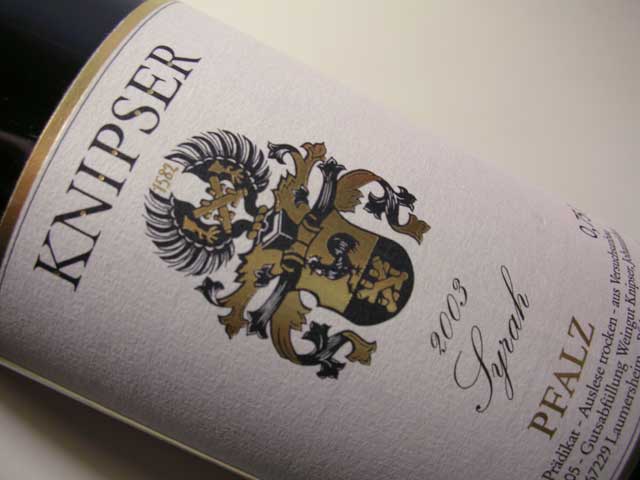