We all have something we want to steal. Well, maybe I should not judge others by my criminal standards, but I have my eyes on a few items. For instance those two bottles of Riesling, one from 1933 and the other from the 1870s, who live in a posh wine shop in Munich. The list is longer, but I haven't actually executed any of my evil plans yet. Others sadly are more decisive: in the early hours of 17th September 2011 thieves drove a harvesting machine through the Herrgottsacker vineyards near Deidesheim in the Pfalz. I like to imagine the scene filmed with lots of flash light, fog, shades, fast camera movements and perhaps "X Files" sound. In reality it was probably more boring, but whoever drove that harvester got away with super ripe Pinot Noir grapes worth €100,000 and destined for fermentation tanks at the von Winnigen winery. 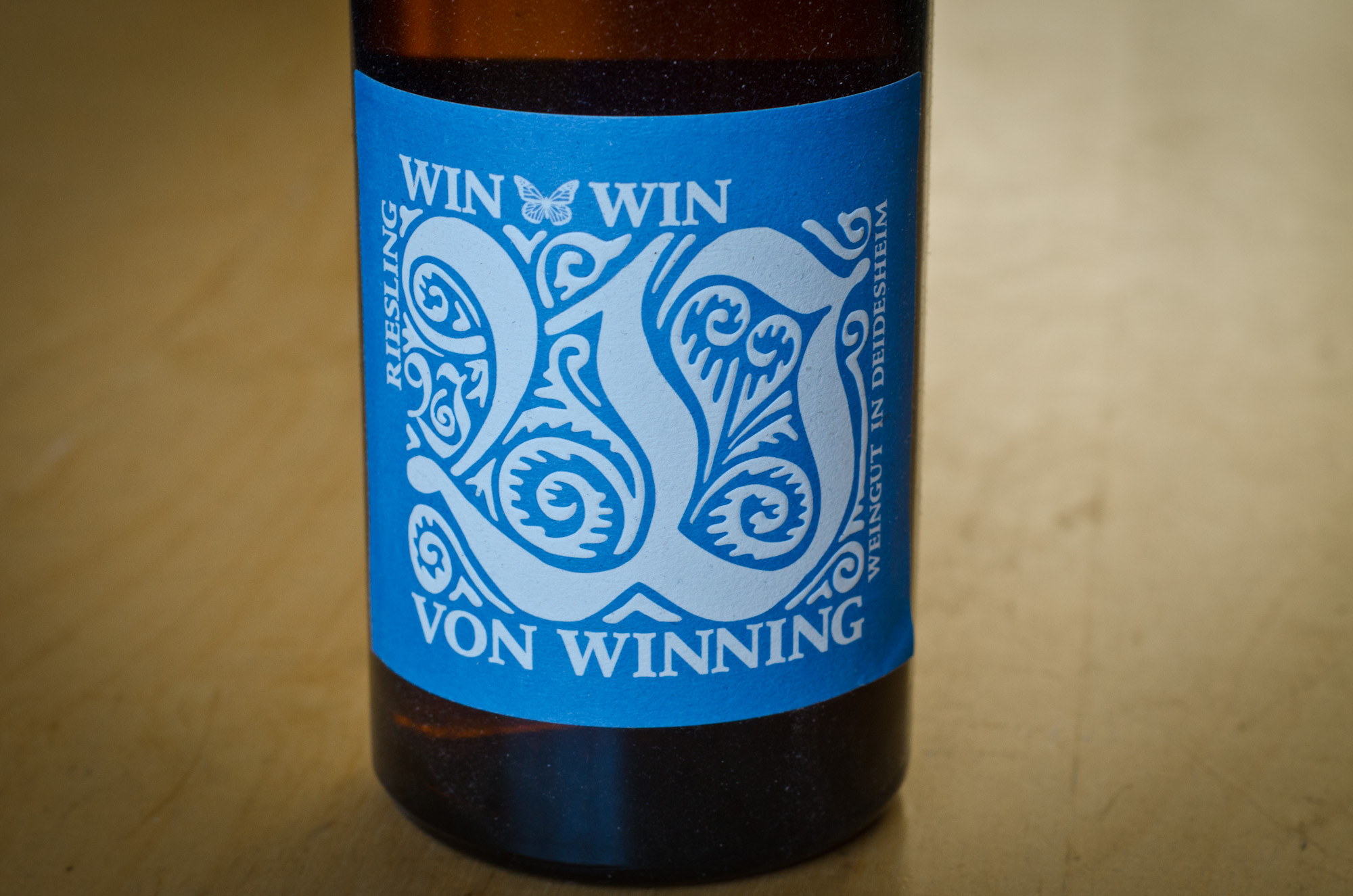 I have an alibi for that night, and I'd anyway much rather steal the finished product. Such as this Riesling made by von Winnigen and called, well, "win-win".