A taste of Chablis

Among wine jokes, the one where someone says they don't like Chardonnay but love Chablis has to be one of the classics. Overused as it may be, I have actually met someone who during the course of an evening of drinking wine told me about how he had had a marvellous Chablis at a restaurant recently and that the only type of wine he really hated and never ever drank was Chardonnay.

Whatever you may think of this joke, you can argue that it reflects a popular perception of Chardonnay as very oaky, often over-oaked in fact, versus Chablis representing a light, elegant style of Chardonnay that is mostly untouched by oak. As this is a style of wine the Wine Rambler is really interested in, I was more than happy when I was recently invited to taste a flight of Chablis - in fact, the nominees of the 24th annual Chablis Wine contest run by the Burgundy Wine Board. 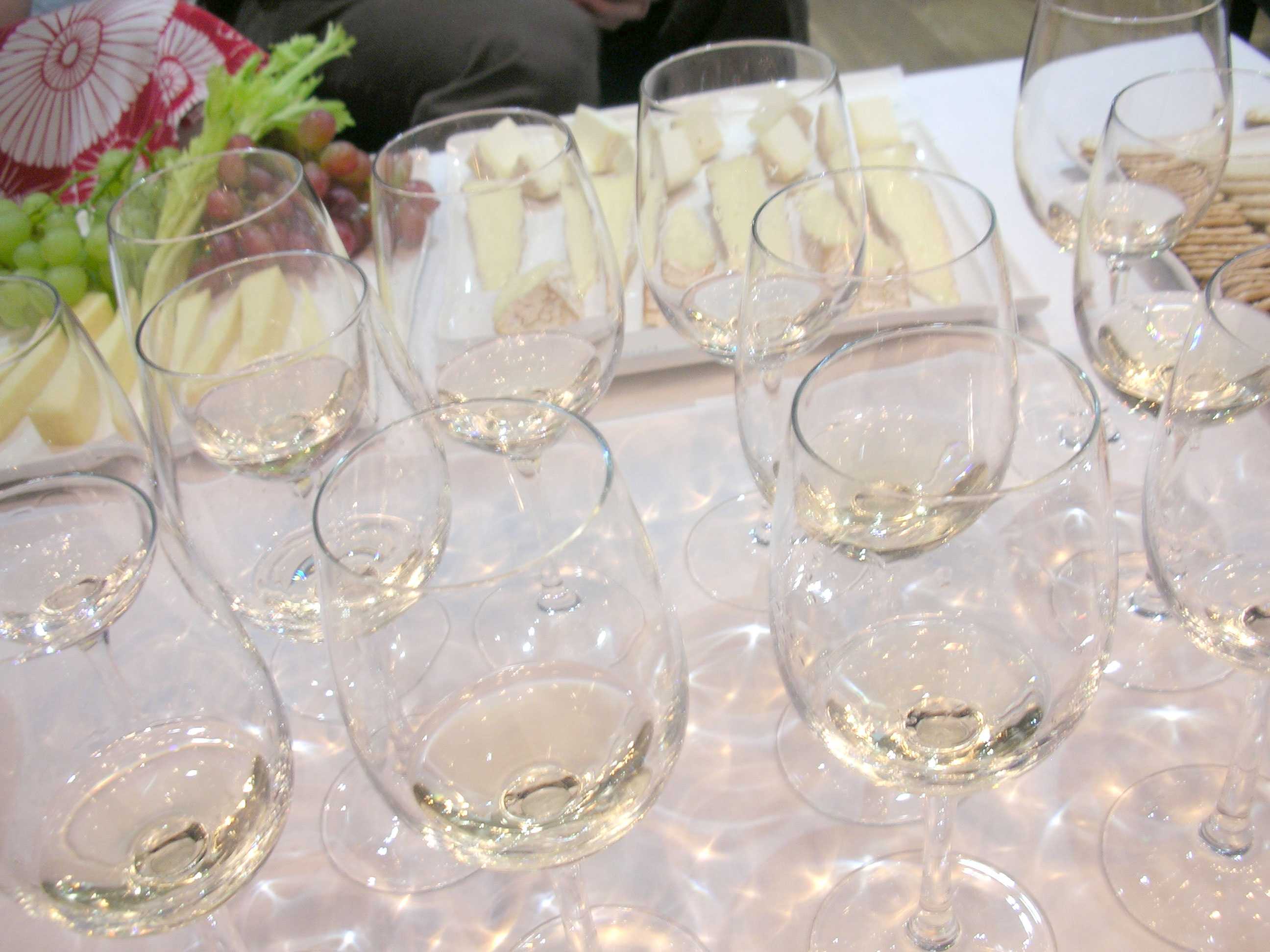 Let's start this with a few basics about Chablis. Chablis is the northernmost district of the French wine region of Burgundy - so far north in fact that it is closer to the Champagne than to most of Burgundy. Chablis wine is, surprise, surprise, made 100% from Chardonnay. Because of a more simple (not to be confused with simplistic) approach to winemaking it is sometimes argued that Chablis is the purest embodiment of Chardonnay, really making its terroir shine. Winemakers in the Chablis do not rely as much on oak barrels as those in other regions of Burgundy, and many wines are in fact made in stainless steel tanks.

I don't know about you, but if it comes to food and drink my life often works in phases. For instance, when I discover a new dish I tend to cook it excessively for a while and then slowly scale back. If it really suits me, it will come back for a second phase of heightened interest and after a while it will then be integrated into my more permanent repertoire. Or, if it does not really agree with me, it will slowly pass into memory, as a phase in my life. Wine is similar - last year for instance saw a peak of interest in Silvaner, following which I now make sure to include at least a bottle in every delivery. Currently, I seem to move into a Chardonnay phase, so the tasting event organised by Arnaud Valour from BIVB (Bureau Interprofessionnel de Vins de Bourgogne) and colleagues was an excellent chance to get a better idea about different styles of Chablis.

All wines were from the same vintage (2008), the same region (the Chablis appellation) and same grape variety (Chardonnay, obviously), a selection that always makes for an interesting tasting as it allows you to get a feeling for the influence of different vineyards and approaches to winemaking.

What struck me most about the tasting was the minerality of the Chablis. As a Riesling lover, minerality is close to my heart and one of the most cherished components of a white wine for me. Minerality is also an important aspect of the Chablis wines and tasting thirteen in a row really helped appreciate how diverse 'mineral' can be in a wine. We had flinty, sharp mineral, more earthy minerality, cool mineral that was almost close to steel, others more like oyster shells - a very broad range of what one might mistake for a single flavour in wine.

The wines were not only different with regards to minerality, we were presented with an intriguing mix of styles, sometimes only subtly different, sometimes much more obvious. For instance, I also liked the different expressions of fruitiness and the different levels of acidity.

Among my personal favourites was the 2008 Domaine Servin, a wine that, as I learned after the blind tasting was over, had won the bronze medal. I particularly liked it for its fruitiness and fresh mineral zing on the tongue. Another wine that got a + in my tasting notes turned out to be the winner of the gold medal, the Roland Lavantureux, Lignorelles, an elegant wine that really showed off with an intense stony mineral nose.

When I left the tasting, I had a strong craving for shellfish and simpler fish dishes, and a desire for another glass of Chablis. This is a style of wine that suits me very well, especially after a long phase of drinking much sweet Riesling, so expect to see more Chardonnay here on the Wine Rambler, from the Chablis, but also from elsewhere...

Nice post! Funny, we were thinking Chablis at the same time (I just wrote about one too) - we as the Riesling lovers :-). I need to do a Chablis tasting like you just did... Going to look out for the one you liked best. And yes: phases - a good description...

In reply to Chablis by Heike

Thanks for your comment, Heike! Interestingly, I think drinking more non-Riesling wine makes me appreciate Riesling even more... Good luck on your Chablis mission,
Torsten

In reply to re: Chablis by torsten

In reply to Haha! Again: I totally agree! by Heike

Interesting you said about Chablis. Like you, I recently found my favourite wine, which is of course Reisling from Germany and then discover Chablis, which is another favourite of mine.

It seems to follow a derivation or slight divertion of taste from Reisling (in a good way).
The next one i find also very light in the palate is Pouilly Fume from France. It reminds me of Chablis.