It doesn't always have to be Bordeaux. That's a pretty obvious statement from a blog dedicated to German wine, but it also applies to France. Today, however, is not about German Pinot Noir (nor German Dornfelder, Syrah, Lemberger) and it is also not about Burgundy. Today is about Cahors, and that means the Malbec grape. It is also about slow roast lamb shoulder and Easter, but more importantly of course it is about... 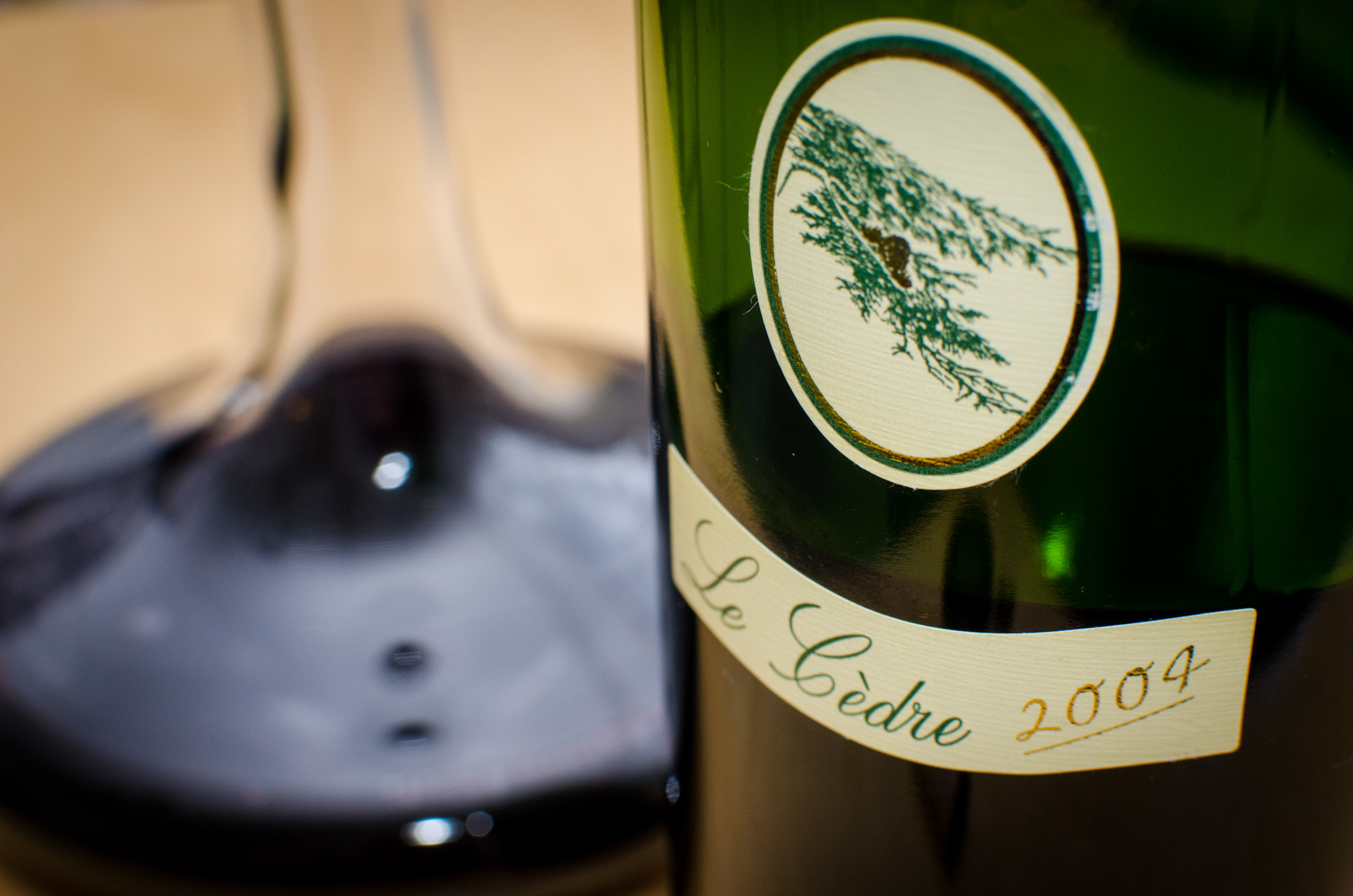 ...the first magnum bottle of red wine to be reviewed on the Wine Rambler. It took us very long, didn't it?

It has been a few years since I bought the Le Cèdre, purely based on the fact that it was a magnum bottle of red from a respected producer for what is not an excessive price (€45). To a lesser extent I also bought it as the wine merchant raved about it, but if you know this particular merchant that won't be a surprise as he raves about all of his wines.
Anyway, the Le Cèdre comes from the Cahors region - or technically appellation as it is part of the South West wine region. The Cahors has a long tradition of wine making but has always been overshadowed by its famous north western neighbour Bordeaux. The red wines are not too dissimilar in style, but the Cahors concentrates on Malbec with at least 70% of wine in a red Cahors coming from that grape. On 25ha Château du Cèdre grow 90% Malbec, 5% Merlot and 5% Tannat, and then there are about two hectares of white grapes, mostly Viognier. The origins of Château du Cèdre were in mixed farming, but when the brothers Jean-Marc and Pascal Verhaeghe took over from their father they worked hard to transform it into an estate dedicated to high quality wine making with, surprise surprise, a focus on terroirs. And seeing as not only my mad wine merchant raves about them they must have done something right. On Easter I decided to test them and their 100% Malbec Le Cèdre.

There is something special about magnum bottles. Owning one elevates you over the wine drinker who just bought the same amount of wine in a buy-one-get-one-free deal. A magnum bottle promises excitement. I decided to use this to my advantage and lure a few friends over to the Wine Rambler London HQ on Good Friday, to feast on the biggest lamb shoulder I could fit into my oven, and help me drink up the Le Cèdre of course.

From what I had heard about the ageing potential of Château du Cèdre's Malbec and looking at the intense colour - almost black with deep red - I decided to decant the wine for four hours before the lamb was ready and that worked very well. We also found that the wine was named aptly as when I poured it aromas of cedar wood filled the room, augmented by fresh woodland herbs and berries. The Cahors also gave us black olives, meat broth, soft leather and a touch of chocolate. Not in your face intense, just very pleasing substance. The same can also be said about the experience of drinking it. Substance, oh yes, but not too heavy. Tannins give the wine good structure but are well integrated and only come out more in the long finish. At moments the texture is almost oily and coats your mouth with concentrated, juicy fruit (a touch of strawberry to the currants) that is enhanced by spice and cedar. Most importantly though this is a wine that drinks very well, so it is good I did not open the bottle on my own as I would have found it very hard to stop.

See, it does not always have to be Bordeaux (and not Dornfelder either), even more so as you would certainly have to pay more for a Claret of the same quality coming from a respected producer.