Having written about Liebfraumilch previously, I will keep this introduction short. What once was the name for a highly sought after German wine has since become a label for plonk - a mildly sweet wine, produced as cheaply as possible from vineyards all over German wine growing regions. It is very popular in the English market and sells in bulk. 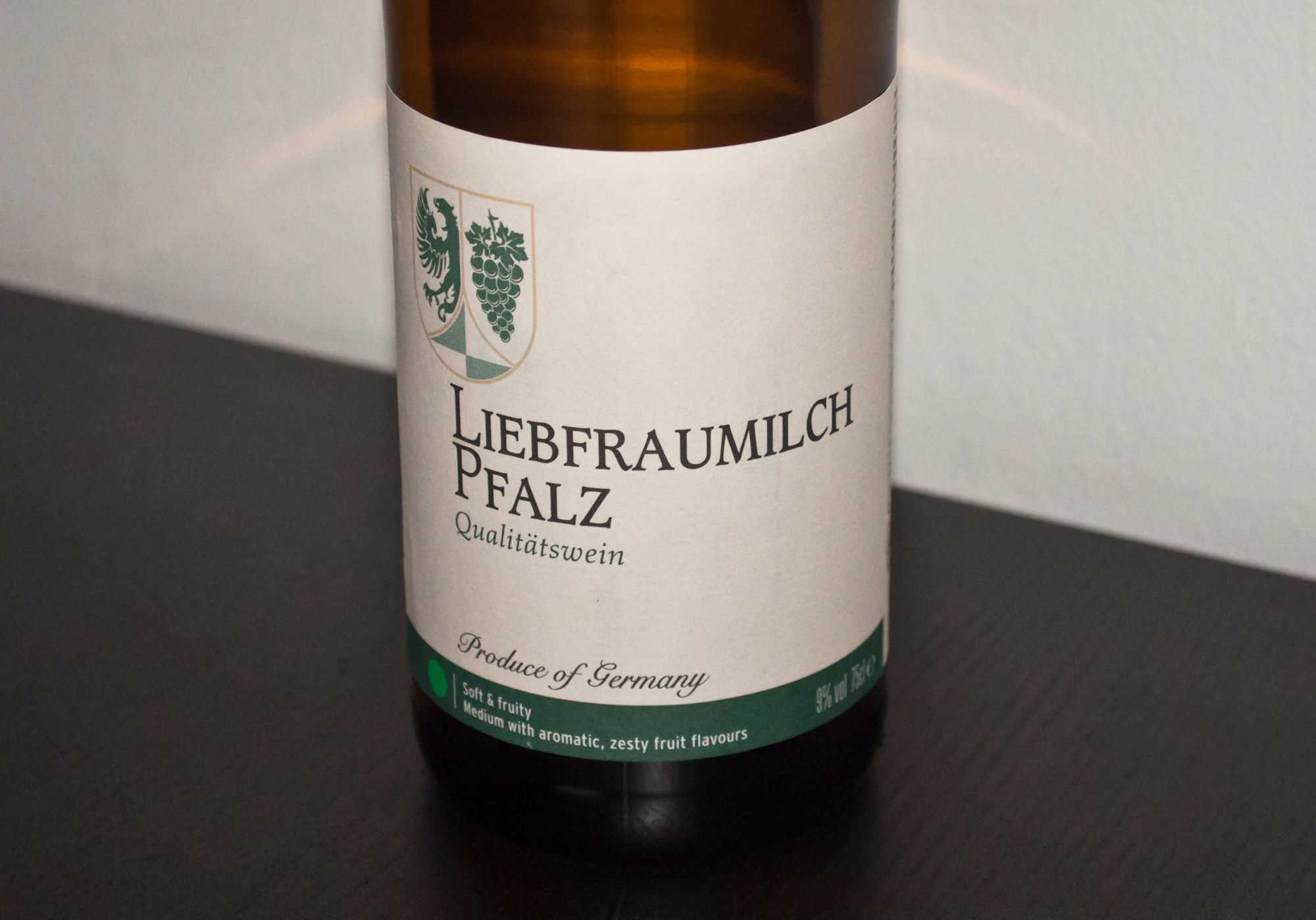 I bought mine for £3.06 from Sainsburys as part of a blind tasting experiment in cheap German wine. And was a little surprised.

The very light, straw colour is the first indication that you are not looking at a substantial wine. The nose is nothing to be excited about either, but it has a light, not unpleasant floralness, plus faint aromas of nectarine and a somewhat fake fruit gum. On the tongue the Liebfraumilch is also very light, but compared to some of cheapest supermarket wines it has a little more flavour - somewhere between lemon and peach - and it is not totally off balance with yeasty notes and vague hints of spice in an unremarkable yet inoffensive finish.

On the second day the wine had suffered somewhat, an impression that was enhanced by the fact that I did not drink it as cold as on the first day. The nose was more artificial, but also more chalky, with fermented, unpleasant acidic bitter aromas. Yes, there was more to smell on day two, but that did not make the wine more pleasant. On the tongue the artificial sweetness was more prominent and the finish had lost balance.

Less offensive than some of the other supermarket wines, the Liebfraumilch came close to being bearable when drunk cold and fresh out of the bottle - especially when you consider a price that (after taxes, duty, mark-up etc.) leaves virtually nothing for the wine itself. Despite this I was not even vaguely tempted to finish my tasting portion.