Our regular readers know that we think highly of Baden's southernmost subregion, the Markgräflerland, have enjoyed its original Gutedels and serious Pinots, and count on it to make its name in the international wine world fairly soon. You also know that we have explored the world of German sparkling wines with growing enthusiasm. 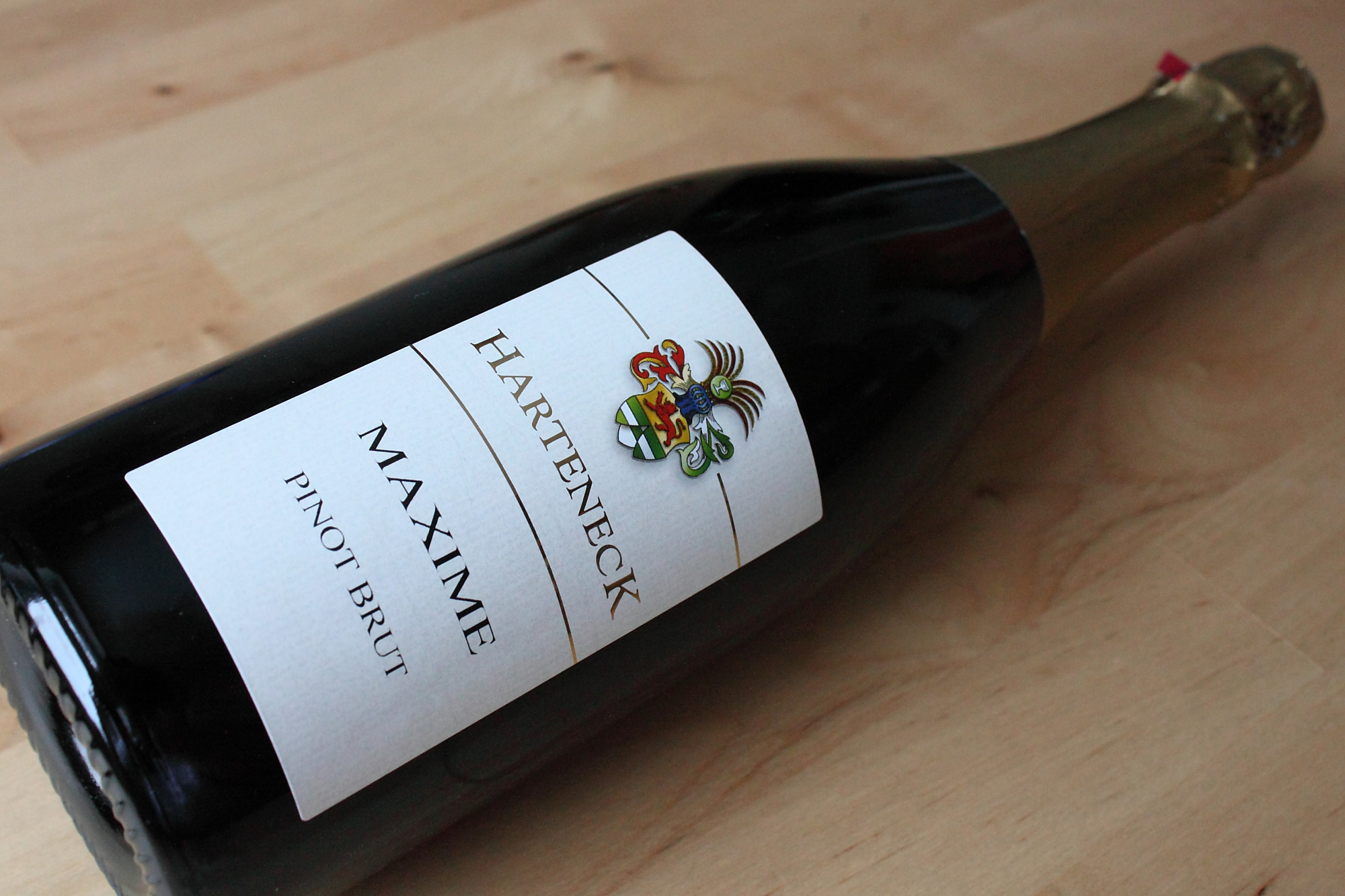 If we put those two together, what do we get? We get this all-organic sparkler from the (as yet) little-known Harteneck winery of Schliengen, halfway between Freiburg and Basel.

We're looking at a deeply, almost golden-coloured wine, with a confidently fruity smell of peaches and traces of red berries, and with a richly creamy, concentrated mouthfeel. The residual sugar of 11g per litre is doing its work in the background, as the wine seems well-rounded rather than explicitly off-dry. Yes, I admit, once you've had your fix of grower champagne, then a merely well-rounded, carefully made sparkler like this is nothing to write home about.

So if you have another minute, I'll quickly introduce you to the man on whose ex cathedra-recommendations I have bought this particular wine, and a few others before, and have not yet had reason to regret it: Meet the grumpiest man in German wine blogging, Werner Elflein. His blog, which features mostly straightforward reviews of individual wines, has not so far gained following outside of a fairly hard core of aficionados grouped around early wine web forums, and it's not hard to see why: His criticism often reads like invective rather than measured criticism, his scoring is wildly erratic, even for people who believe in that kind of thing, and I am not the only one who feels that his die-hard traditionalism and single-vineyard elitism is less than fair-minded when it comes to non-German regions and wine styles.

But, and I would not have bothered you with this if there weren't a but, his blog also has its great merits, which is why I read it regularly and indeed recommend it to anyone who reads German and is into serious German wine: First of all, it's refreshing and reassuring to have a voice that is genuinely incorruptible by marketing, spin and all the silliness that happens when you don't focus on what's in the glass alone. Building on many years of first-hand knowledge of German wineries, with a firm grasp of even the most esoteric names and the most out-of-the way corners of German wine country, he ranks as one of the foremost experts on the traditional and neo-traditional style of Mosel winemaking and on all things Riesling. Last but not least, as wine prose goes, I find Elflein's tasting notes to be commendably precise and comprehensible, once you get over their somewhat pontificating tone.

"a merely well-rounded, carefully made sparkler"

After the log review of the Elflein blog - and I cannot believe you did not mentioned that "Elflein" translates to "little elf" I just wanted to add my two cents and emphasise that I found the Sekt delicious and easy to drink. Since you have become a grower Champagne snob, unwilling to spend less than €30 per bottle, the mere good sparklers may seem less interesting, but I thought it fairly priced and would happily drink it again. Having said that, if you could now pass me some of that grower Champagne (at least once I get over my cold...)...